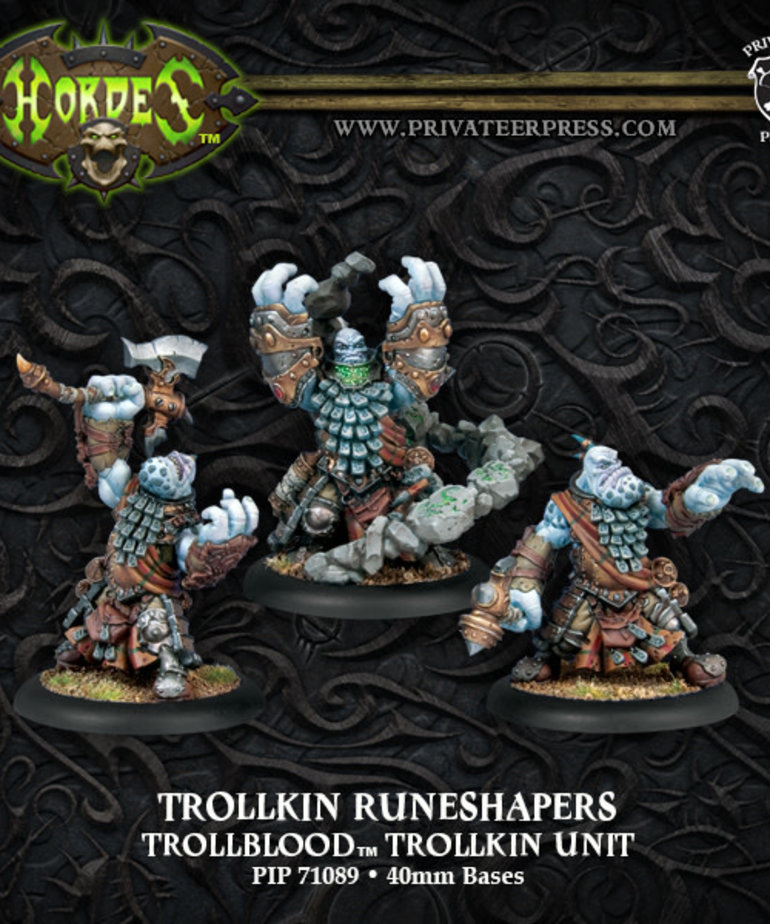 Runeshapers are among the most formidable trollkin sorcerers, having learned to manipulate stone by the power of their will. At a runeshaper's call, rune-carved rocks rise in the air around them. Heavy stones fly at foes with deadly force while the earth itself trembles around them, bringing would-be attackers to their knees. SPECIAL NOTE: PIP 71089 contains the same Mk II stat card as PIP 71044. The models in this box represent the same figures in the game. PIP 71089 is plastic rather than metal. The replaced PIP will no longer be available from Privateer Press beginning August 1, 2014.