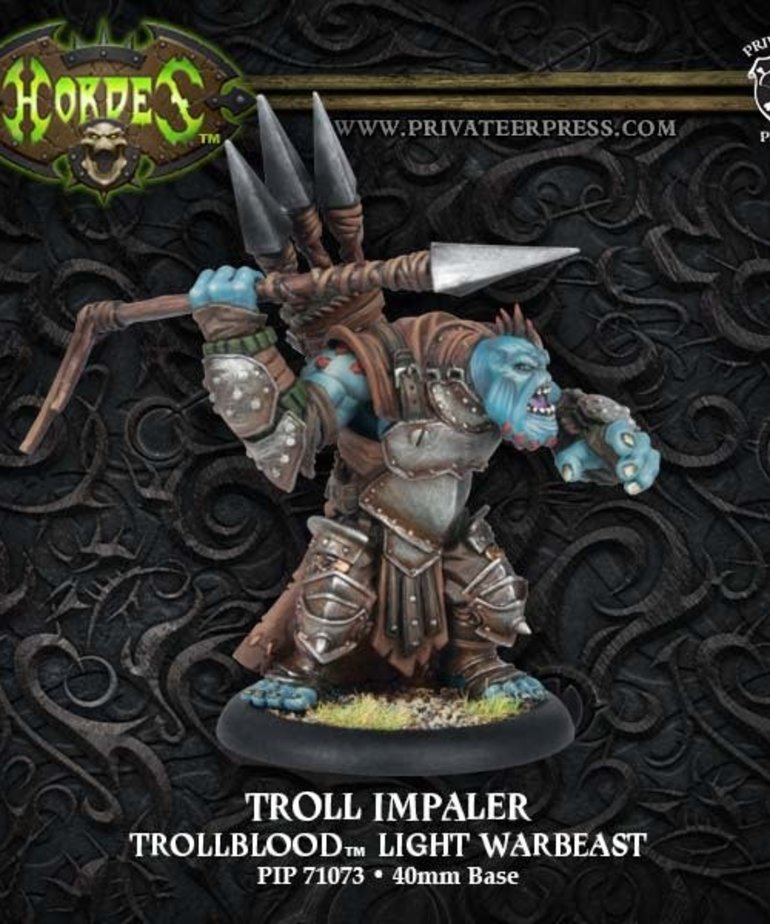 Pitching enormous spears with bone-crushing force, impalers are the living ballistae of the trolls. Each carries a quiver of massive wood-and-iron projectiles bearing only the most basic resemblance to the puny twigs smaller races call spears. These savage implements obliterate men and knock even the greatest beasts off their feet. SPECIAL NOTE: PIP 71073 contains the same Mk II stat card as PIP 71004. The model in this box represents the same figure in the game. However, the model in PIP 71073 is a new sculpt and therefore looks different from the model found in PIP 71004. In addition, this model is plastic rather than metal. The replaced PIP will no longer be available from Privateer Press beginning January 1, 2013.