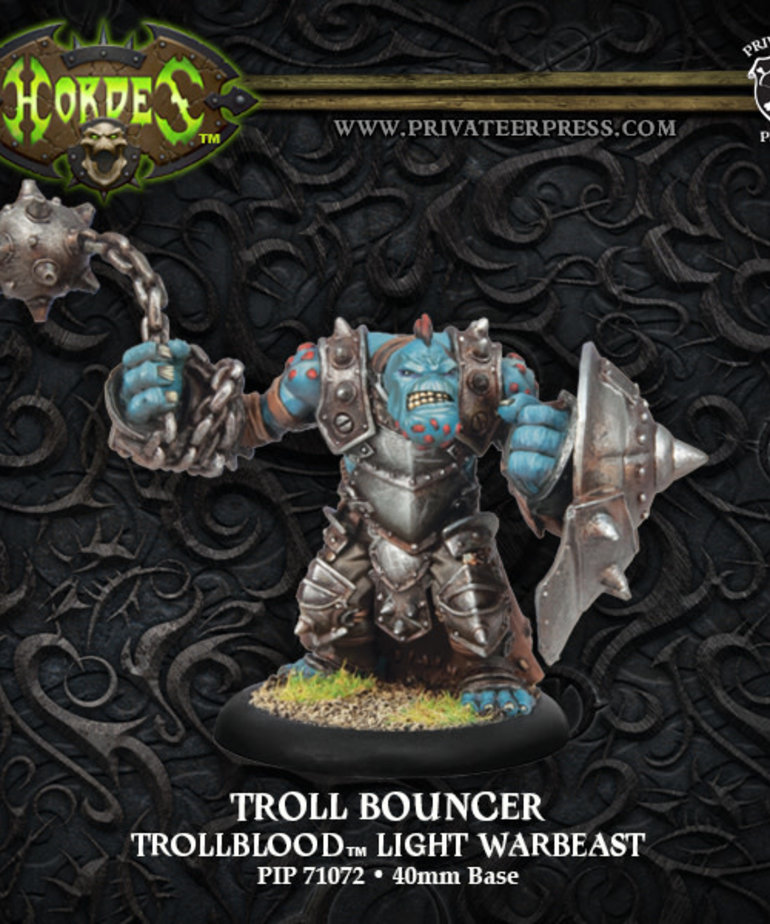 Strapped with thick, heavy armor in addition to holding a stout shield, each bouncer whirls a deadly spiked ball on a chain whose keening whistle heralds bone-shattering brutality. Loyal to those they consider kin, bouncers eagerly charge into harm's way heedless of their own survival, often shouldering allies aside to take the hit themselves. Because of this unusual protective nature, trollkin kriels single out bouncers to guard chieftains, shamans, and other important elders. SPECIAL NOTE: PIP 71072 contains the same Mk II stat card as PIP 71024. The model in this box represents the same figure in the game. The model in PIP 71072 is a new sculpt and therefore looks different from the model in PIP 71024. In addition, this model is plastic rather than metal. The replaced PIP will no longer be available from Privateer Press beginning May 1, 2013.