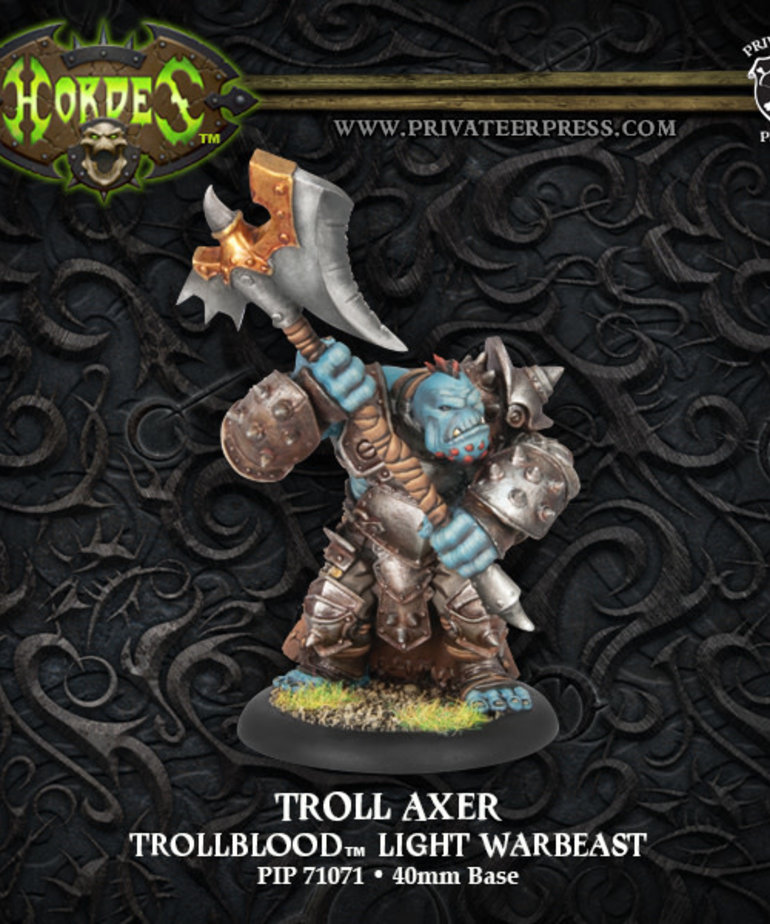 Massive axe in hand, the troll axer is a monster of corded muscle capable of cleaving through a wall of men in a single blow. These full-blood trolls are renowned for their incredible resiliency, as their regenerative qualities allow them to shrug off wounds that would kill lesser beings. Trollkin leaders use axers extensively to bolster battle lines; indeed, the presence of just a few axers can make all the difference to a trollkin army. SPECIAL NOTE: PIP 71071 contains the same Mk II stat card as PIP 71003. The model in this box represents the same figure in the game. The model in PIP 71071 is a new sculpt and therefore looks different from the model in PIP 71003. In addition, this model is plastic rather than metal. The replaced PIP will no longer be available from Privateer Press beginning June 1, 2013.