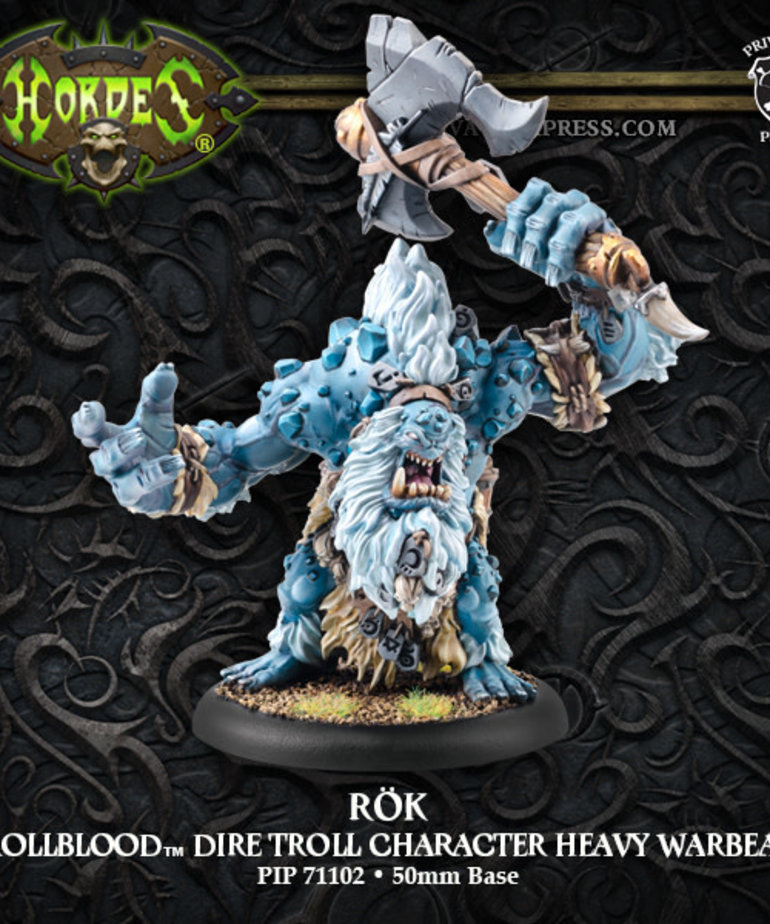 Whenever a remote mountain village is found in ruins and with its taverns plundered, northerners speak fearfully of the dire troll called RÃ¶k. Although insatiable as any dire troll, over a century ago RÃ¶k developed a unique craving for beer and liquor of all sorts, and his raids of villages for their intoxicating spirits have since become legendary.
_x000D_ When he was sought out by Borka Kegslayer, RÃ¶k engaged the trollkin in an exhausting battle lasting several hours. After this, Kegslayer shared his own potent brew, convincing the ferocious troll they were kindred souls. When Borka left, RÃ¶k followed, knowing that greater fights and rivers of beer awaited them.