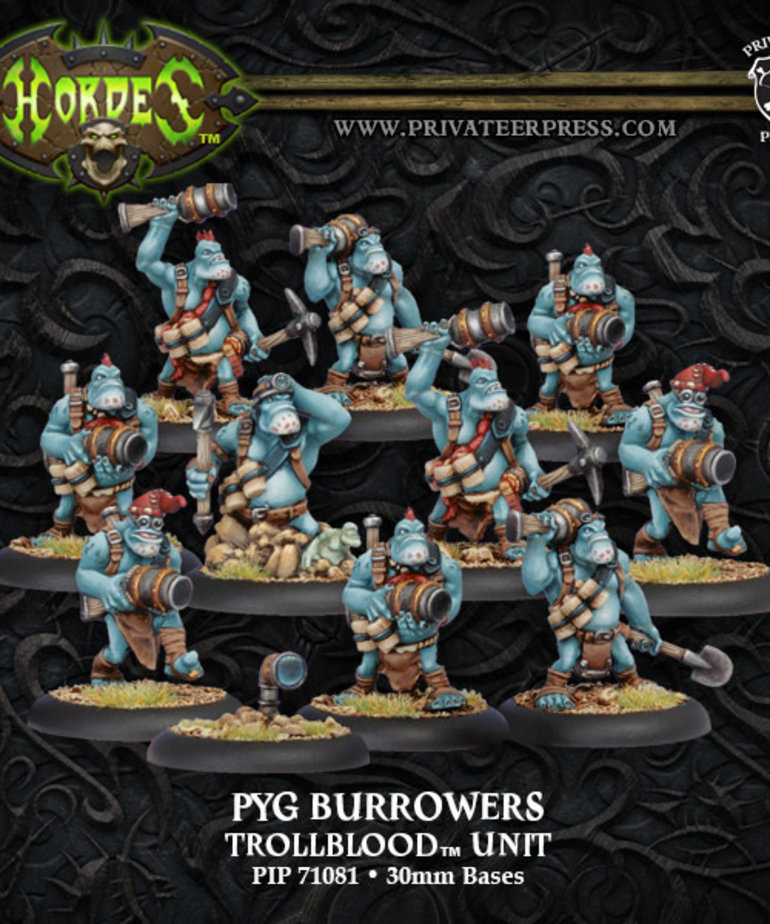 Stalwart pygs have proved invaluable as scouts, spies, and ambushers. Their endurance and size make them consummate tunnel-diggers. Armed with incredibly powerful slug guns, these courageous pygs burrow across battlefields to catch the enemy unaware. Their massive, short-range hand-held cannons are designed to penetrate warjack armor but serve just as well against warbeasts and enemy soldiers. SPECIAL NOTE: PIP 71081 contains the same Mk II stat card as PIP 71027. The models in this box represent the same figures in the game. PIP 71081 replaces PIP 71027 and PIP 71028 by offering their contents in a complete unit. The replaced PIPs will no longer be available from Privateer Press beginning January 1, 2013.