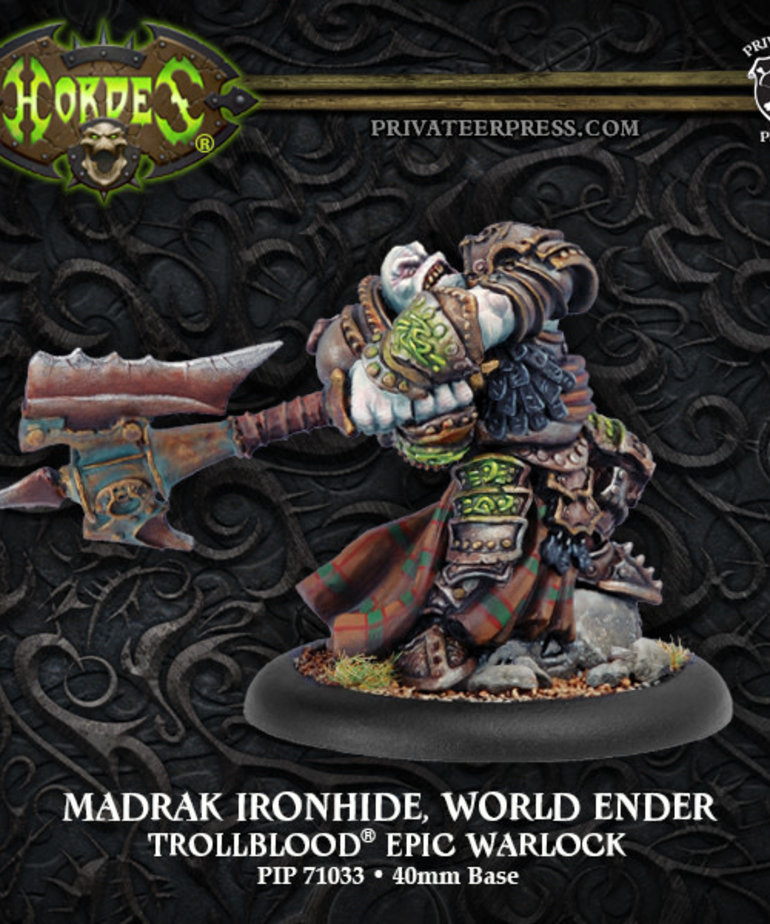 Madrak knew that the cursed weapon Rathrok would destroy him, but he willingly took it up to save his people. Now the ancient axe threatens to overwhelm him. Though it wins Madrak victory after victory, Rathrok's grim power condemns those the chieftain would save. Madrak sees no other hope for his people's survival, however, even though those he protects have come to call Madrak the "World Ender".