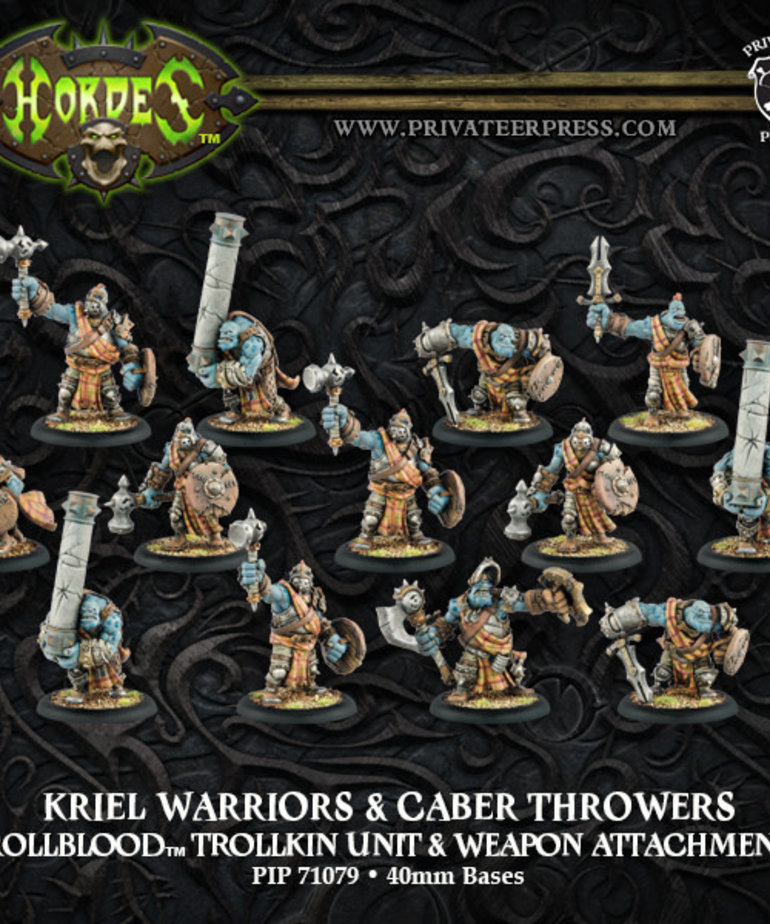 Kriel warriors are the heart of the armies of the trollkin. These bands of warrior brothers march to war in defense of their people wielding shields, hand weapons, and an indomitable spirit. They are often accompanied by mighty caber throwers, who put their prowess in the traditional sport of their people to lethal use against all enemies. SPECIAL NOTE: PIP 71079 contains the same Mk II stat cards as PIP 71013 and PIP 71032. The models in this box represent the same figures in the game. PIP 71079 replaces PIP 71013, PIP 71014, and PIP 71032 by offering their contents in a complete unit with weapon attachments. However, the models in PIP 71079 are new sculpts and therefore look different from the models in PIP 71013, PIP 71014, and PIP 71032. In addition, these models are plastic rather than metal. The replaced PIPs will no longer be available from Privateer Press beginning January 1, 2015.