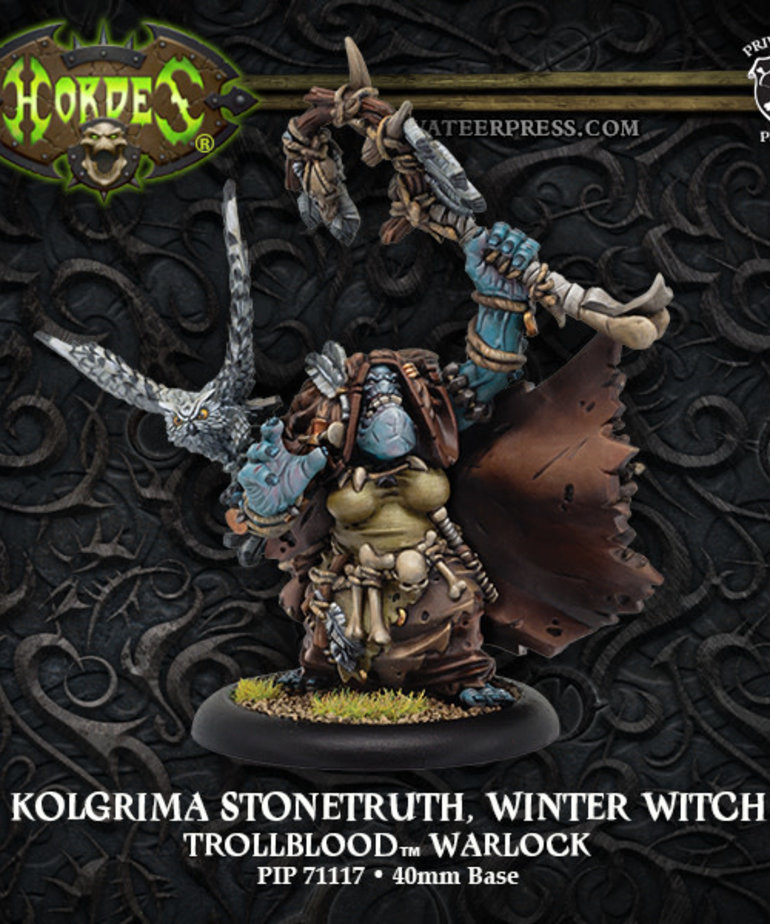 Kolgrima Stonetruth is a half-mad and mystifying oracle. Born with the gift of sorcery, this trollkin witch could read the threads of the future in entrails and bones, glimpse fates in the eddies and whorls of a blizzard, and divine the destiny of a people in a patch of frostbite blackening a limb. Kolgrima emerged from the cave serving as her mountain lair when enemies threaten the north, accompanied by a great pack of winter trolls and serving as ancient war leader rather than oracle.