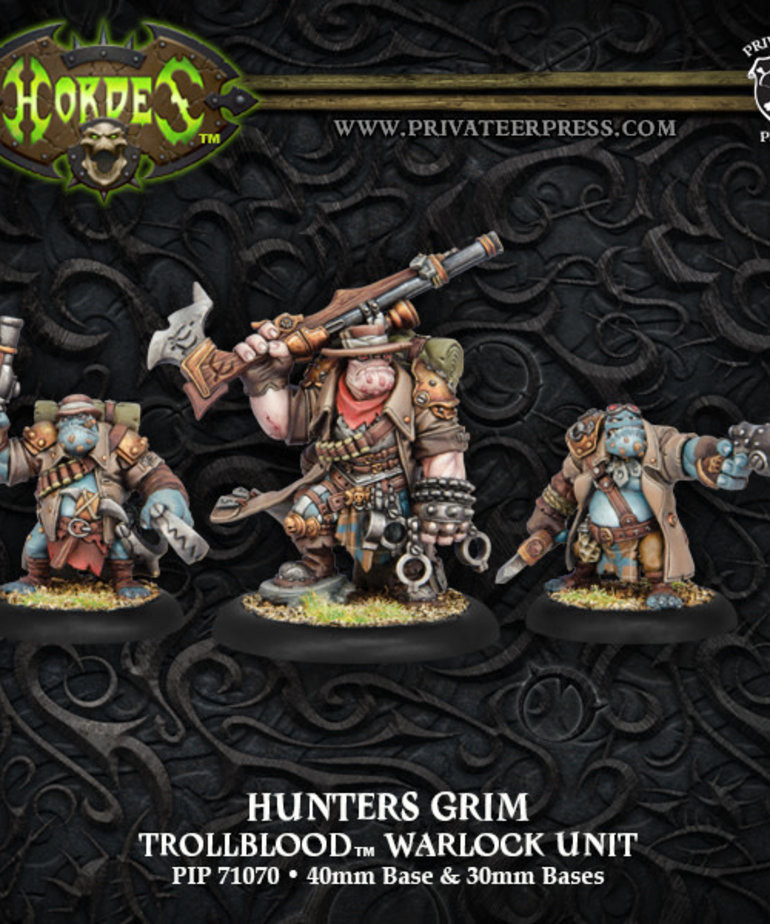 When leaders like Madrak Ironhide and Grissel Bloodsong require the completion of missions in the most remote and inhospitable reaches, it is to Grim Angus they invariably turn. He and his band comprise the first line of defense for the United Kriels. In all his tasks Grim is assisted by a pair of pygs, Muggs and Krump, that have become the core of his team. In short order the pair learned to grasp Grim's complex system of gestured signals and to fight smoothly alongside him even in silence, all three of them coordinating precise ambushes while tracking down their enemies. Grim has taken the time to teach Muggs how to use his snare gun and has come to entrust the pyg with it, while Krump has proven quite capable of devising and implementing cunning snares even in the midst of battle.