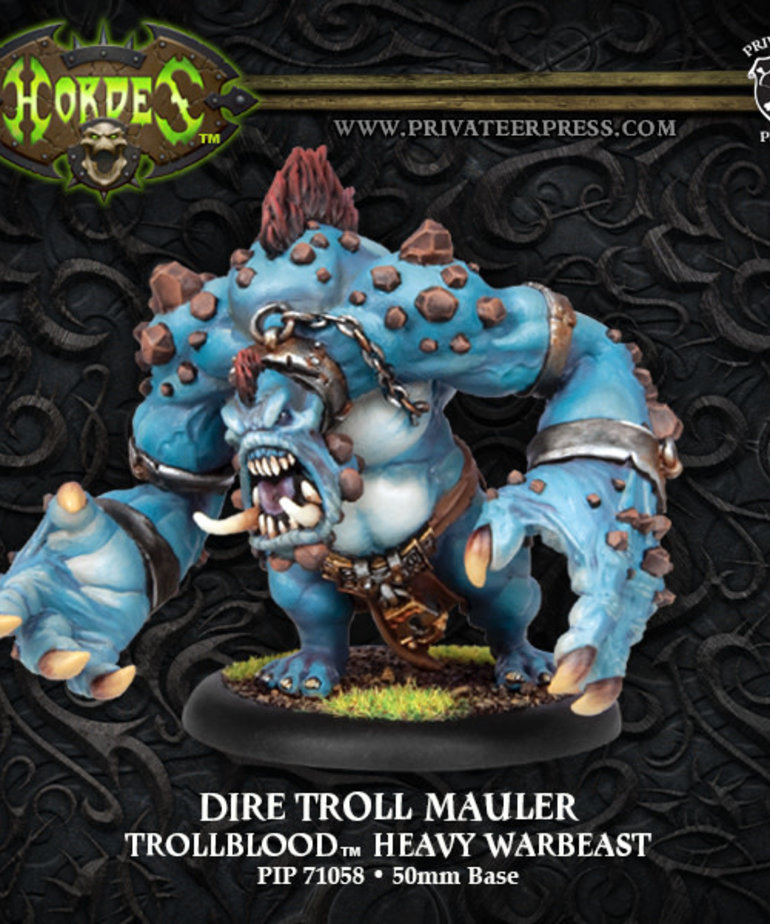 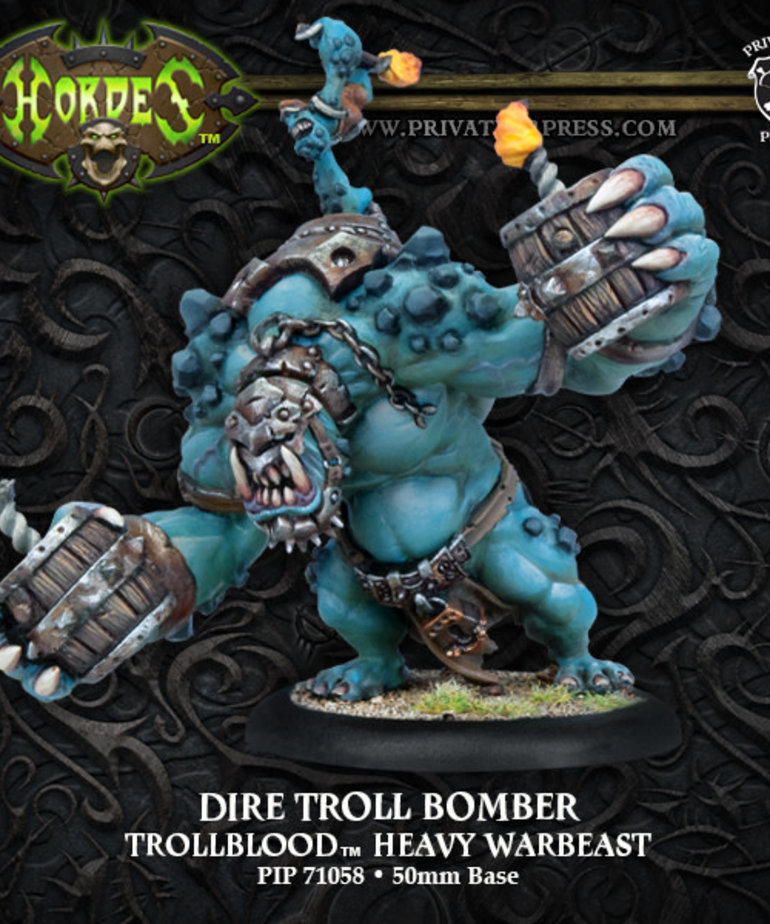 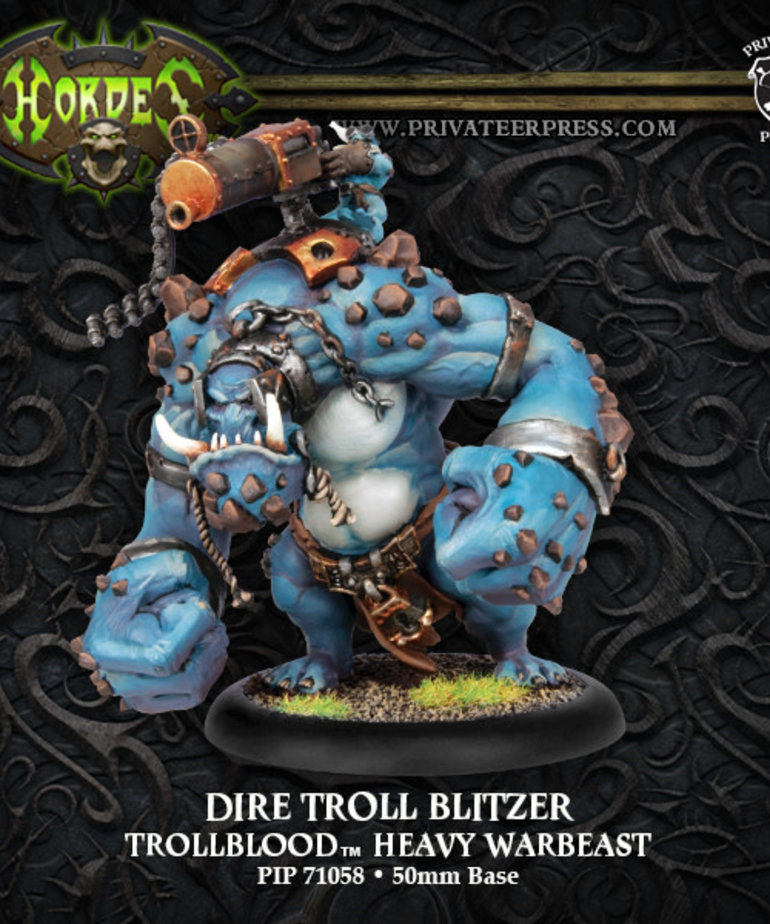 Although dangerous and unpredictable, the powerful dire trolls serve their trollkin allies in a variety of battlefield roles. The dire troll mauler is a creature of savage simplicity, devastating enemies with nothing more than its gigantic fists and unearthly strength. The dire troll blitzer totes a rapid-fire slugger cannon and its pyg gunner into combat on its back, adding a lethal spray of lead to the crushing blows of its mighty fists. The dire troll bomber hurls barrels of explosives at the enemy before pulverizing them in melee combat. This kit contains three color stat cards (not shown) and one multi-part heavy warbeast plastic model (PIP 71058). Included are all the components to assemble one of three Dire Troll heavy warbeast variants: Blitzer, Bomber, or Mauler. A player may field any number of these heavy warbeasts for each warlock in a Trollblood army.