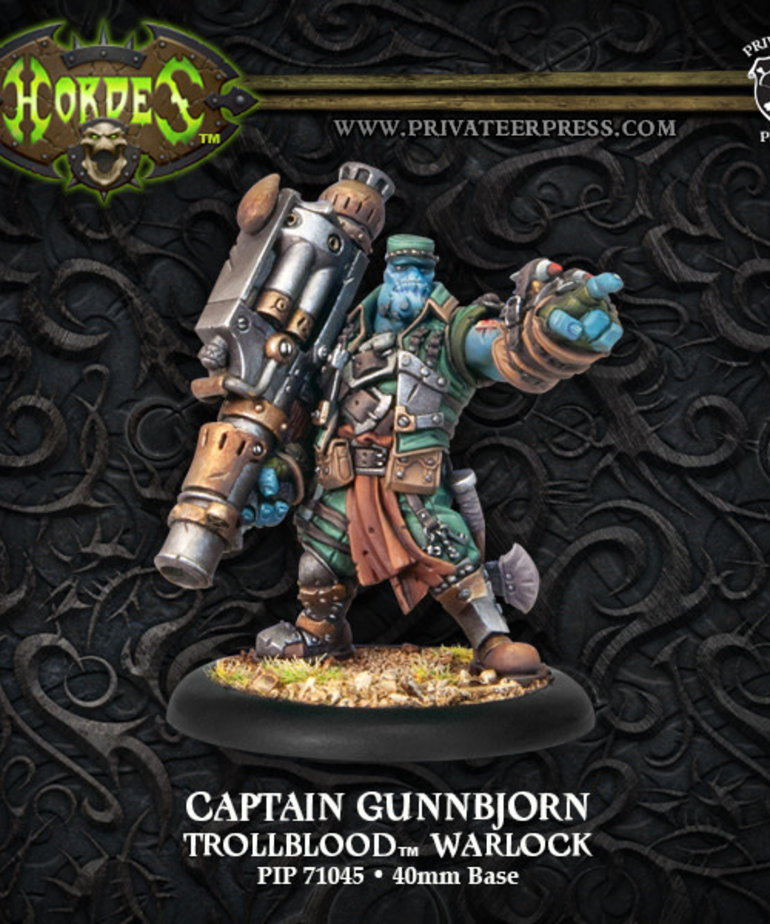 Once a member of the Cygnaran military, Captain Gunnbjorn brings a unique perspective to the armies of the kriels. His formal military training and his keen mind give him a tactical approach to battle rather than the more primitive approach of overpowering brutality favored by less experienced trollkin warriors. Even the best laid plans have pitfalls, however, and when careful use of cover and terrain fail him, Gunnbjorn is quick to use his heavy bazooka to decimate enemy formations.