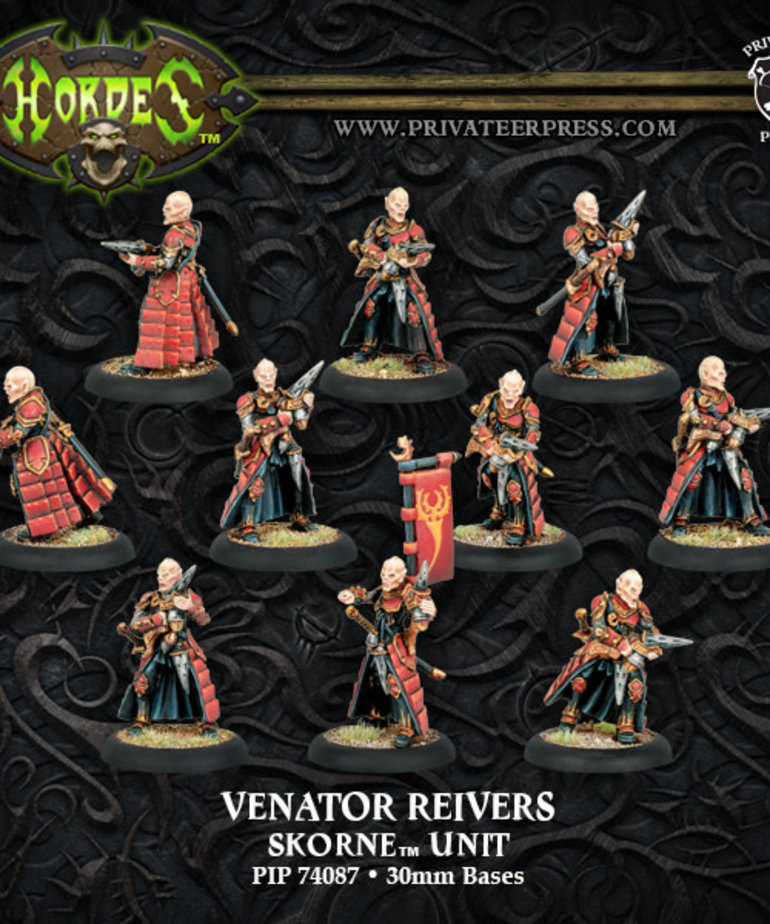 Venators have mastered the unique firearm called the reiver. These horrific weapons fire bursts of iron needles that shred their targets. With a lethal swarm of concentrated fire, Venators tear into the most imposing targets, making them among the most valued specialists in the Army of the Western Reaches. SPECIAL NOTE: PIP 74087 contains the same Mk II stat card as PIP 74015. The models in this box represent the same figures in the game. PIP 74087 replaces PIP 74015 and PIP 74016 by offering their contents in a complete unit. The replaced PIPs will no longer be available from Privateer Press beginning April 1, 2015.