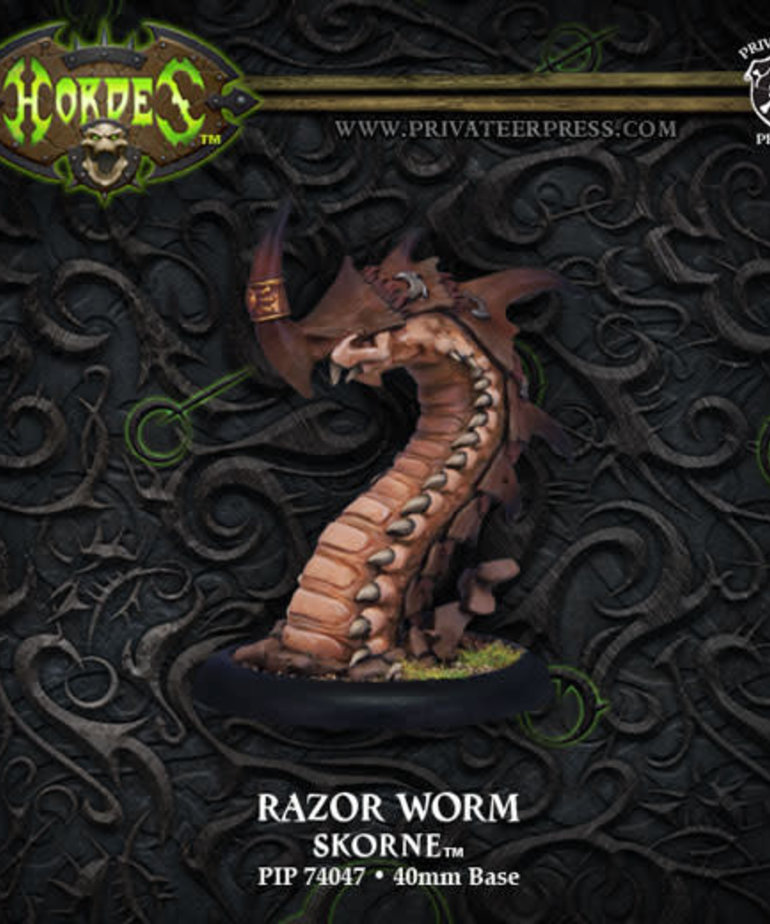 Dragged from beneath the hardened ground of the Bloodstone Marches, razor worms are frightening and voracious monsters. The worms are difficult to track as they burrow through solid rock or the tangled roots of dense terrain. Under the direction of skorne warlocks, the razor worms bore through the surface earth of the battlefield, erupting from the ground as a nightmare of hungry teeth and piercing spines. Those they attack are dragged below the earth and consumed whole, their screams cut short by the choking earth.