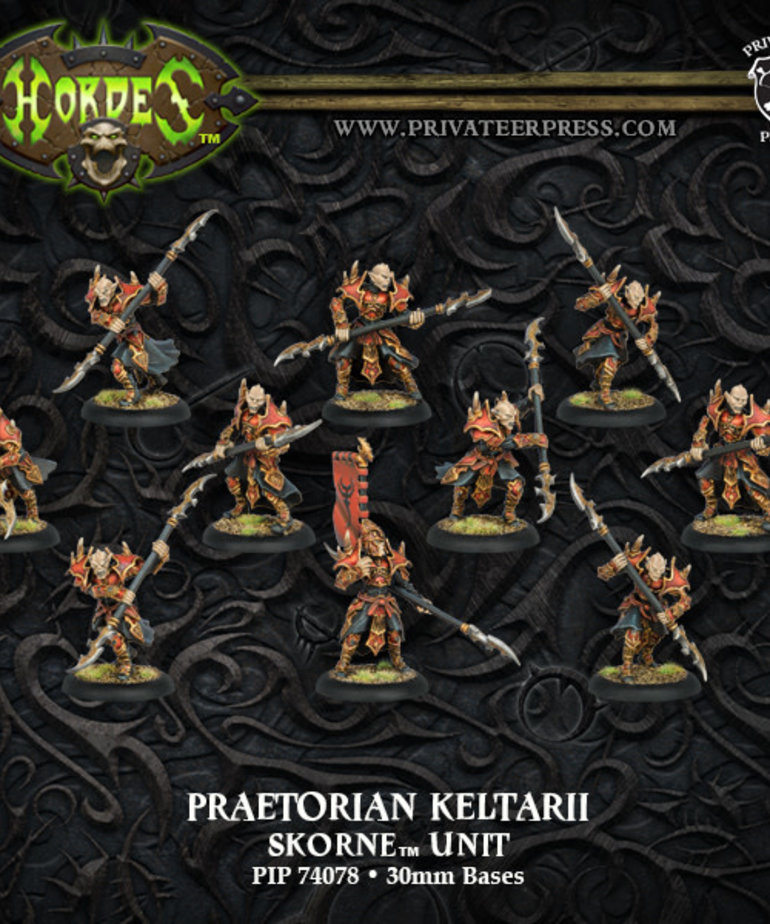 Praetorians stand as paragons of the warrior caste, their traditions irrevocably rooted in the hoksune code. These soldiers form the backbone of all house armies as well as the Army of the Western Reaches. Praetorian swordsmen require superlative skill to master their distinctive two-weapon fighting style. The keltarii wield their double-bladed glaives with unsurpassed speed and precision, able to deflect incoming projectiles as easily as they slice through flesh and steel. SPECIAL NOTE: PIP 74078 contains the same Mk II stat card as PIP 74009 as well as one completely new stat card for the Praetorian Keltarii. The models in this box can be built to represent the same figures as PIP 74009 in the game. However, the models in PIP 74078 are new sculpts and therefore look different from the models found in PIP 74009. PIP 74078 replaces PIP 74009 and PIP 74010 by offering their contents in a complete unit. In addition, these models are plastic rather than metal. The replaced models will no longer be available from Privateer Press beginning November 1, 2014.