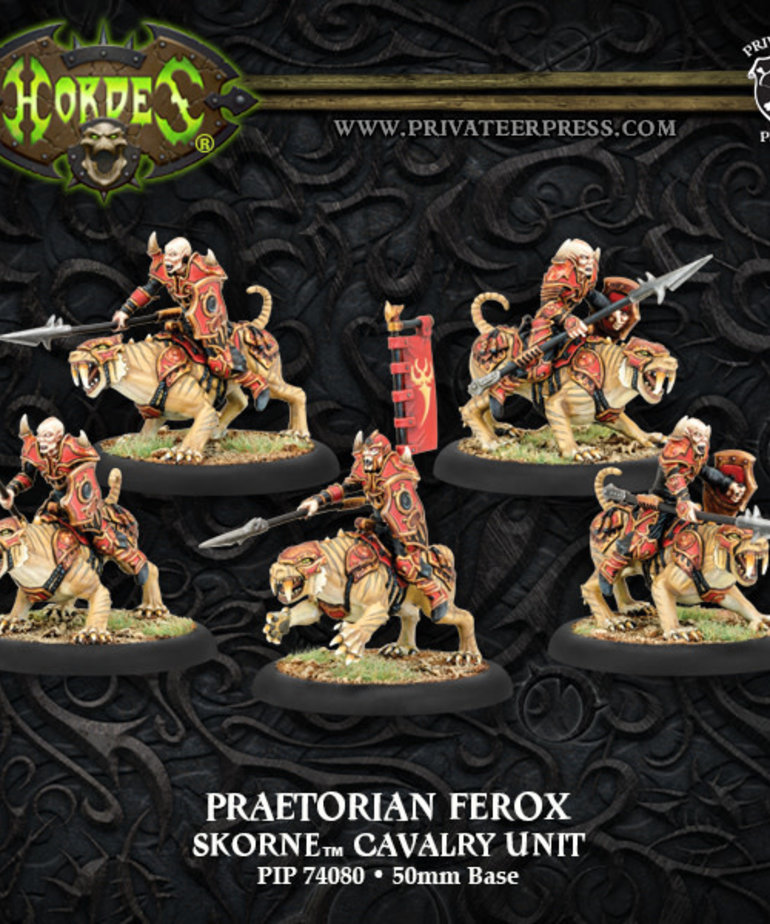 Relying on the tremendous speed and agility of their mounts to deliver singular killing power, the Praetorian Ferox serve as a formidable forward strike force. The ferox mounts leap forward with fierce grace toward any exposed enemy flank, or close fearlessly against the front line. The relationship between ferox and rider is not one of affection, nor is it similar to the bond shared between western riders and tamed horses. Rather, it is a wary respect between two skilled killers. SPECIAL NOTE: PIP 74080 contains the same Mk II stat card as PIP 74025. The models in this box represent the same figures in the game. PIP 74080 replaces PIP 74025 and PIP 74026 by offering their contents in a complete unit. The replaced PIPs will no longer be available from Privateer Press beginning September 1, 2015.