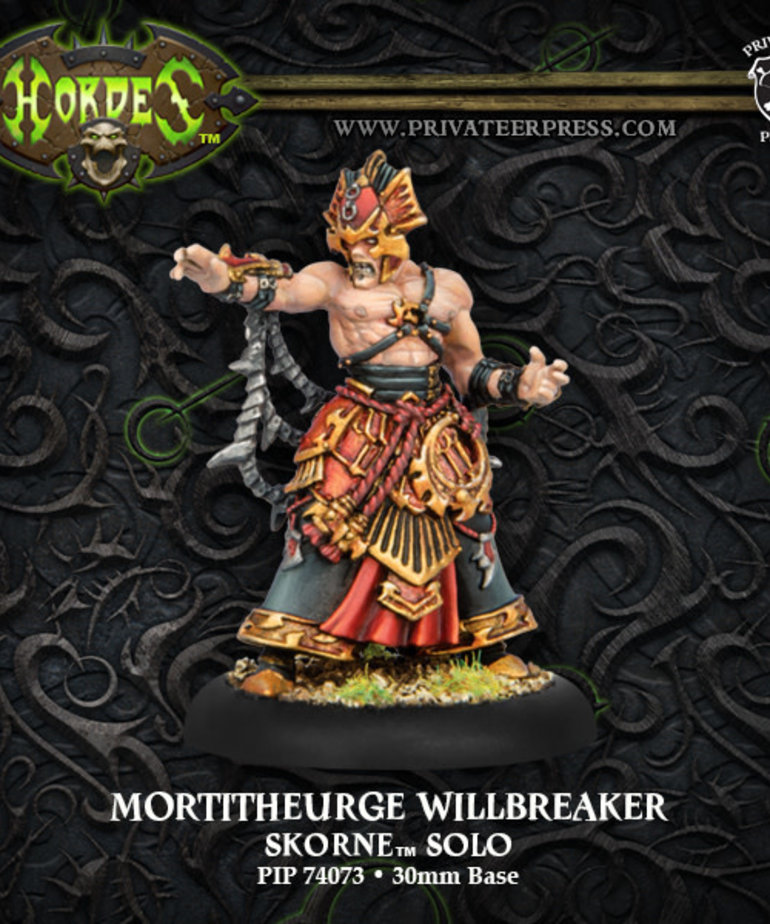 Masters of the powers of death and agony, the mortitheurges known as willbreakers can influence the mind of an enemy soldier as easily as they can control the great beasts of the skorne war host. A soldier who faces a willbreaker knows the roiling fear of uncertainty, that his own weapons might be turned against his friends and allies or he might be forced to lay down arms and placidly accept the blows of the enemy. Few things can terrify a warrior more than the stark realization that his fate is not his own.