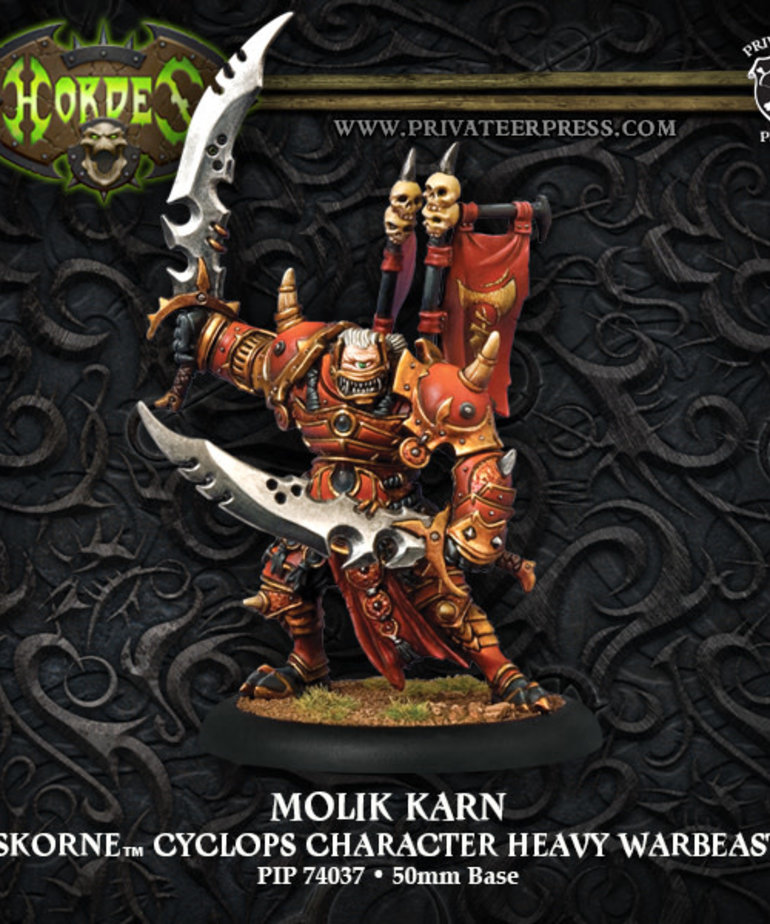 Molik Karn has borne the paingivers' lash and learned to obey, but his will has never been broken. His service to Makeda extends beyond mere slavery; he has some deeper loyalty to her and brings the full force of his deadly strength and barbaric nature to fight at her side. He truly is a cyclops lord - a giant of his species, cunning despite his brutishness.