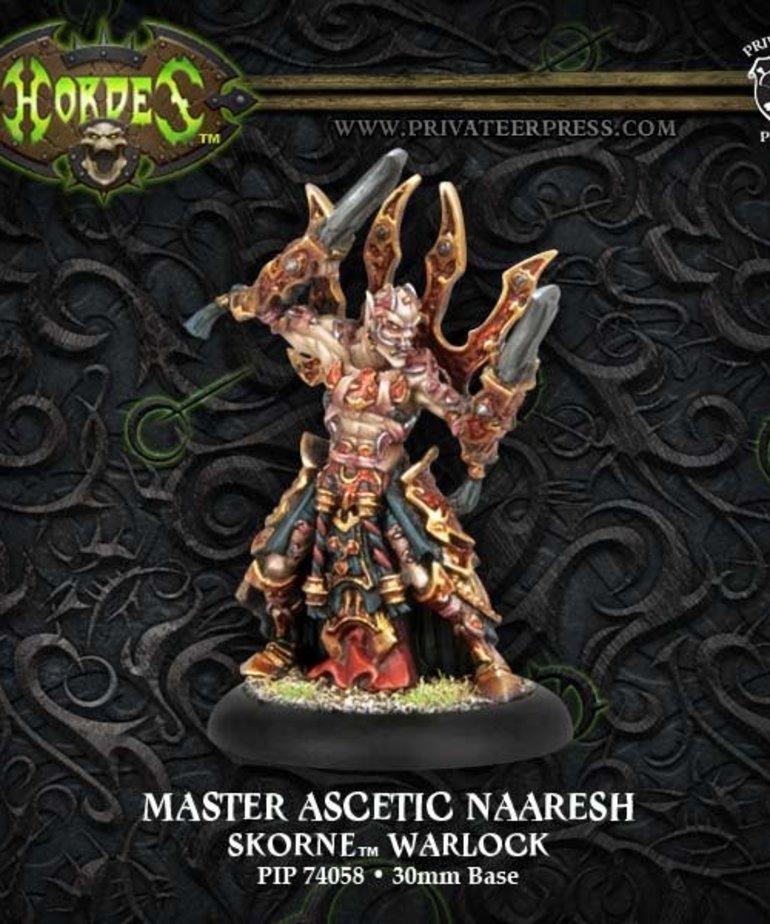 A warrior-philosopher who seeks enlightenment through his own extreme suffering, Master Ascetic Naaresh has unlocked the powers of pain and forged them into a unique and devastating fighting style. Eager to challenge the limits of his philosophy against new foes, Naaresh has left his isolation to seek battle in the west. Before each engagement he submits to the ministrations of his paingivers so that he may draw strength and skill from the agony.