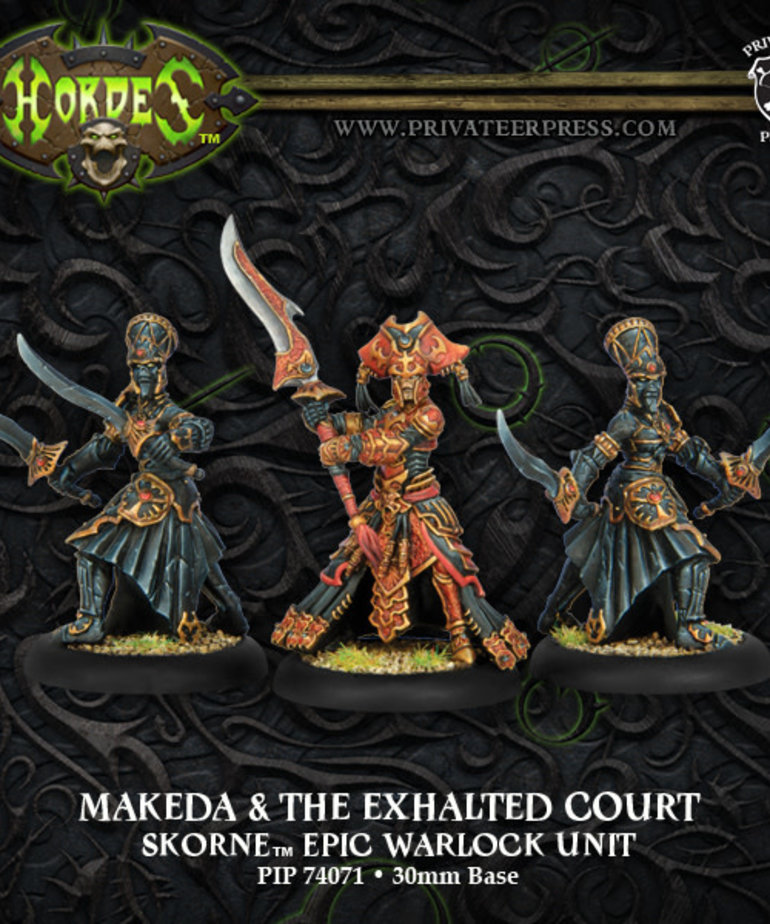 Makeda leads the Skorne Empire into a new era and in doing so embodies all the strength, pride, and martial prowess of her people. She is not merely supreme archdomina, but one of the greatest military minds and combatants ever forged in the harsh and unforgiving crucible that is eastern Immoren. To signify her rule over the Skorne Empire she now wields the Talon of Murzoul, an ancient relic of great significance and incredible power. At her side stand some of the skorne's greatest heroes of the past, given new life in stone to serve as her inner guard. Their presence is a tangible sign of approval from some of the greatest warriors and leaders in her house's history.