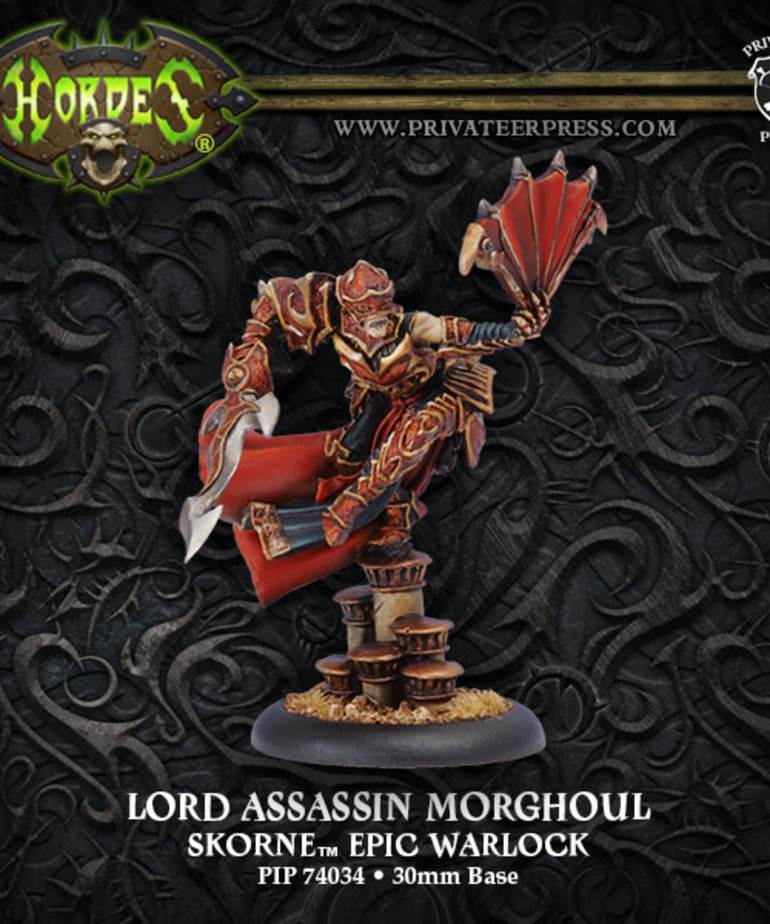 After long years of loyal but shadowy service to his master, Morghoul has stepped forward as a leader among the Skorne. The betrayal by his lord freed Morghoul's hands, and he has found the opportunity to further his private ambitions by taking the unprecedented step of seizing leadership of the entire paingiver caste in the Army of the Western Reaches.