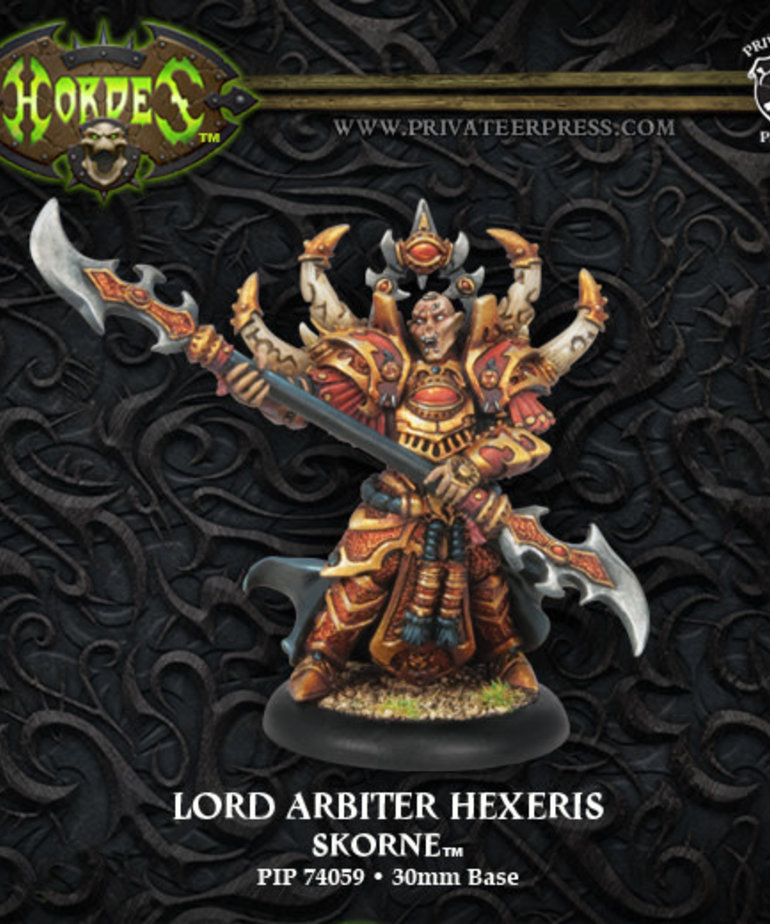 Through cunning, raw power, political acumen, and tactical genius, Lord Arbiter Hexeris has furthered his own schemes while simultaneously strengthening the Skorne Empire. The lord arbiter'[s occult knowledge goes well beyond the lore of the skorne, and no enemy arcanist is safe from his vampiric thirst for mystical secrets. To oppose him in battle is to be sapped of arcane power as he steals and transforms the energies of his foes.