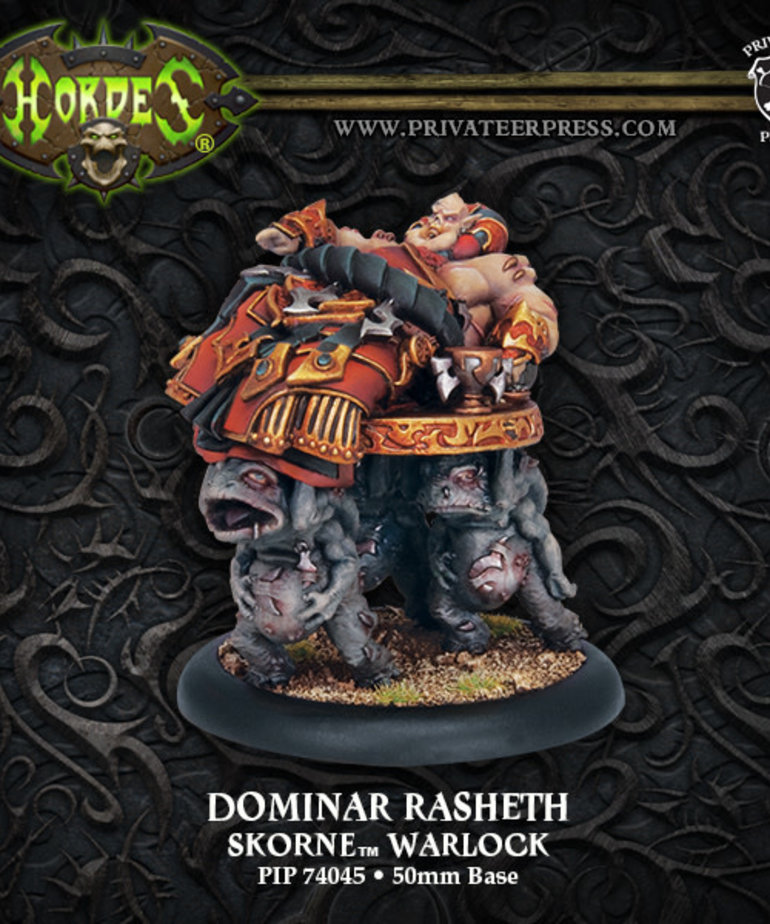 In an empire known for discipline and precision, it is a rare man who can excel in spite of his unsavory appetites and predilections. Rasheth leads a house well known for its ability to train mighty titan warbeasts, and profits from the recent push for western expansion has allowed him to delve ever deeper into decadence. Too slothful to walk on his own, the Dominar is carried into battle by a team of Agonizers.