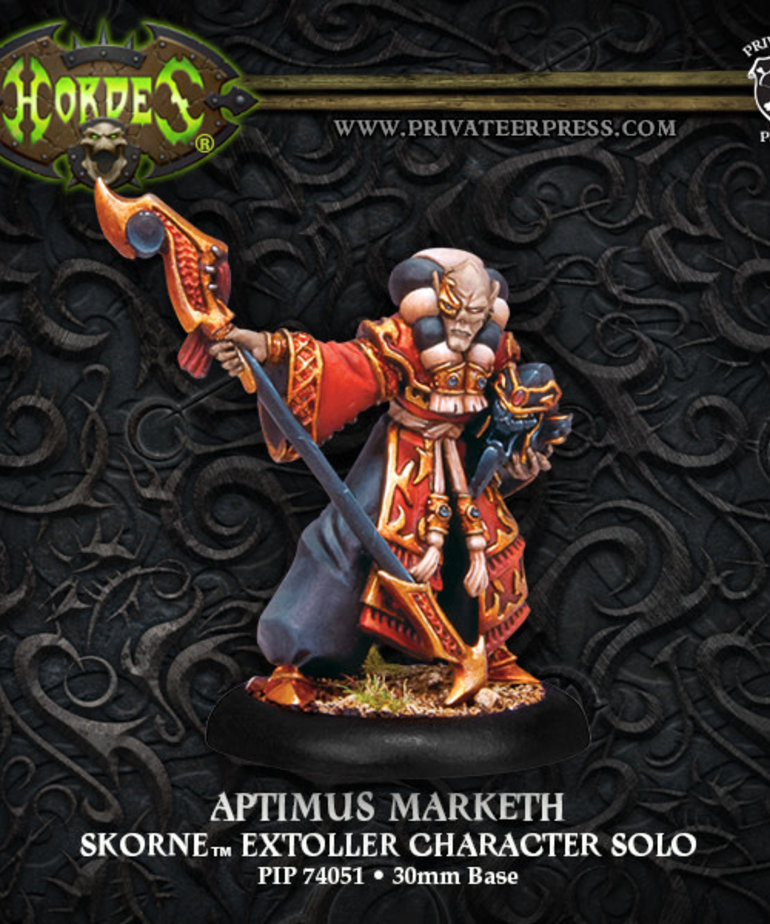 Aptimus Marketh is one of the most accomplished extollers in the Skorne Empire. He is so focused on the arts of ancestral magic that he prefers the company of venerated ancestor spirits housed within sacral stones to that of his living peers. Though somewhat aloof, his magical prowess is unmistakable and Aptimus Marketh is frequently sought out to lend his skill to the most worthy of skorne warlocks.