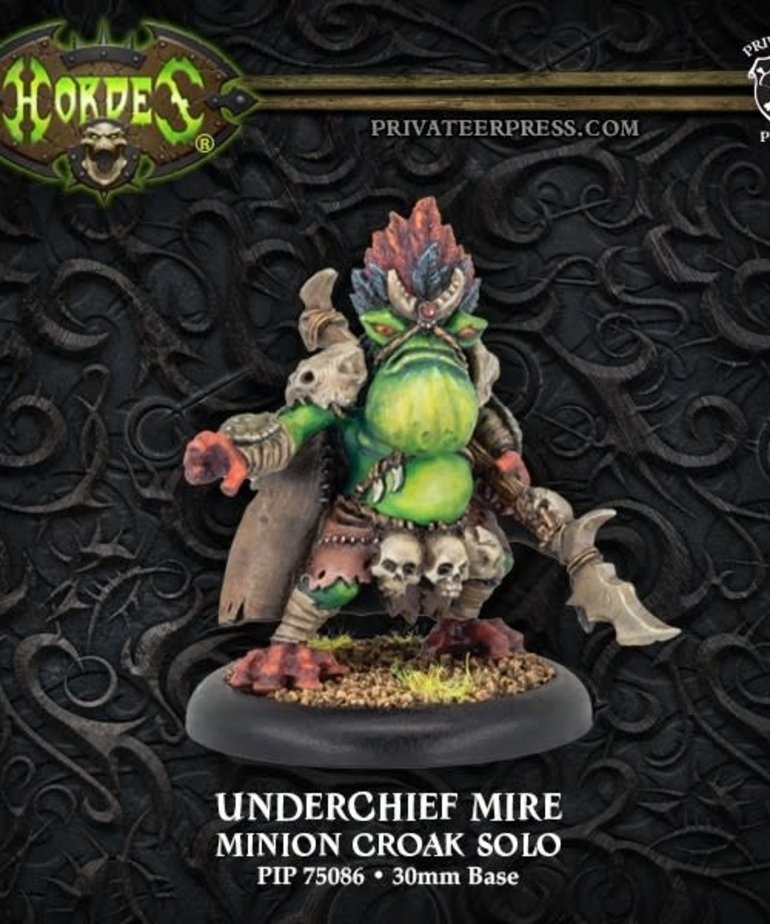 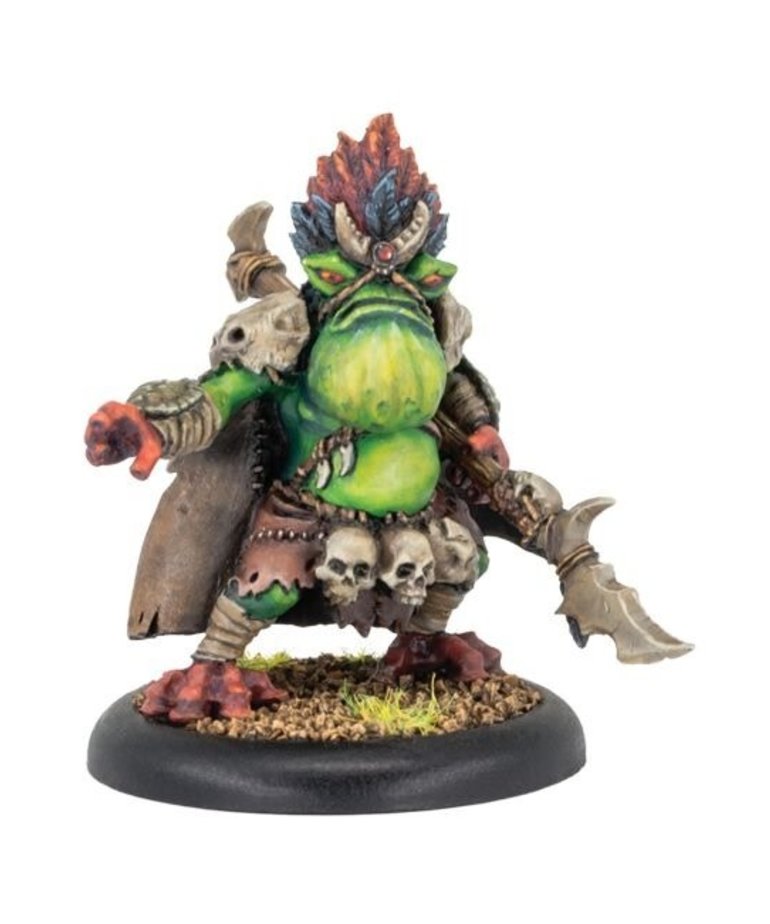 Among the war-embattled croaks driven to western Immoren, being a leader can be a burden. Underchief Mire competes with his oversized brother to earn the right to succeed their father, the aging chief of their displaced tribe. In this contest, Mire has a unique advantage, having formed mystical bonds with beasts of the marshes, including several fetid swamp trolls. Caustic mists rise at Mireâ€™s command to melt the flesh from his foes, and the croak warlock can walk unharmed amid these vapors, hiding from sight before retaliating. He has earned a place of respect among the wilderness peoples for his cunning and his courage, staying neutral in their conflicts.