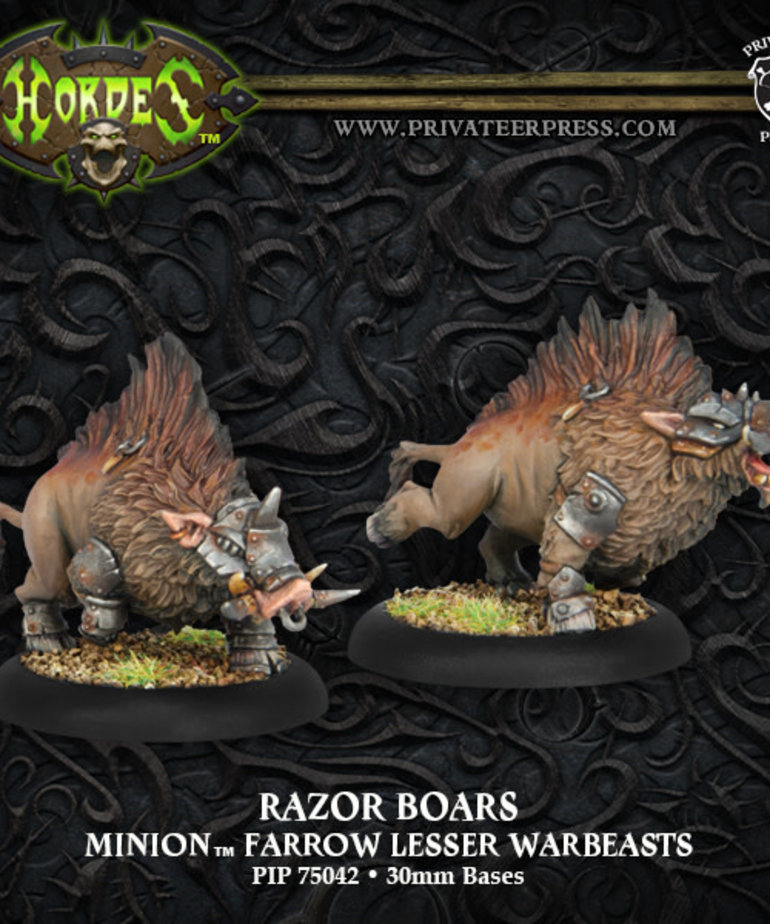 For as long as the tribes of the farrow have gone to war, they have been accompanied by the vicious razor boars. As large as wolves, razor boars are deadly, untamed creatures that require little incentive or training to join the farrow in battle. When loosed upon an enemy, razor boars charge in heedless of their own well-being, intent only on goring their prey and bringing them low to feast upon their soft flesh. Survivors of farrow raids grow pale when they recall the speed with which a few razor boars reduced a well-armed soldier to a heap of rags and bloody bones.