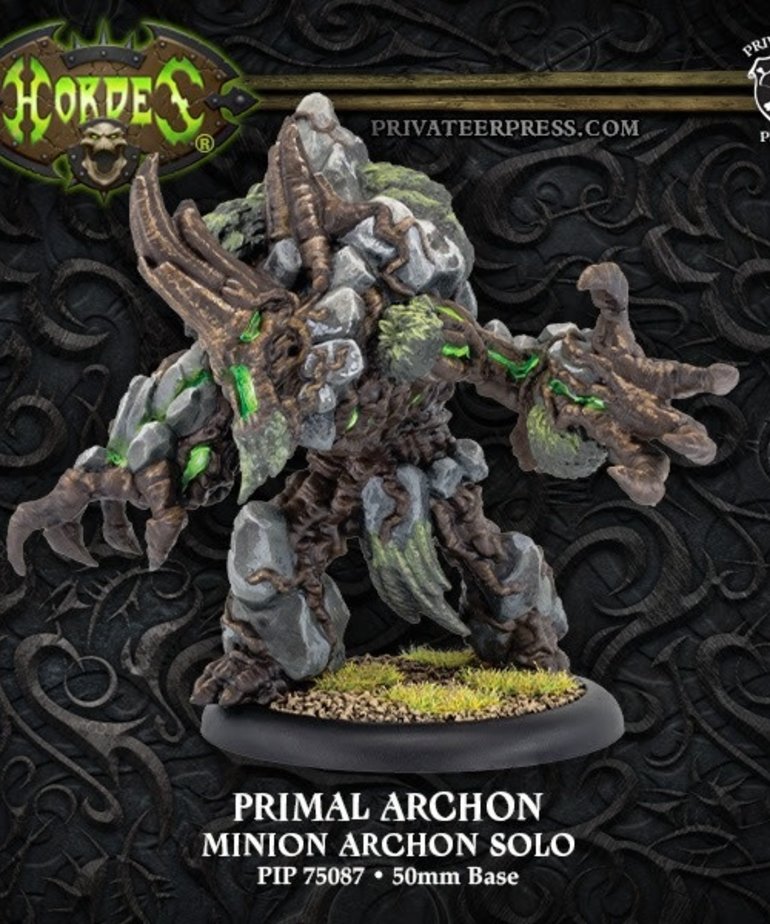 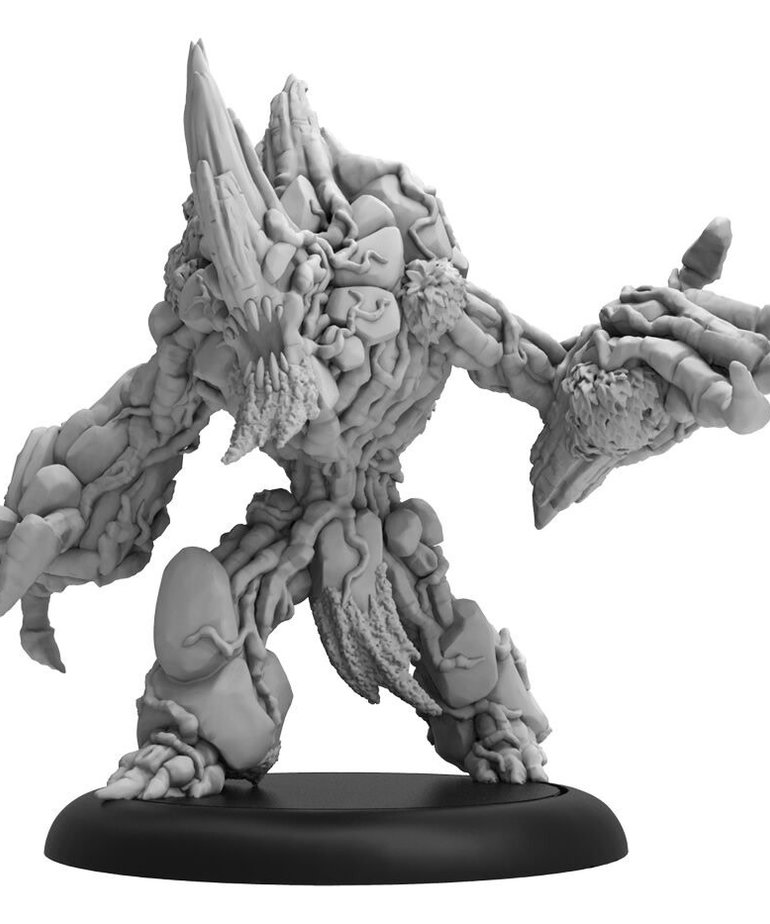 Embodying the chaos of the natural world, of storm and volcano, of lightning, thunder, and flood, the Devourer Wurm also embodies predation and hungerâ€”the need to kill and consume to survive. Primal archons are thought to be each a minor manifestation of the Wurm, sent from the hellish wilds of Urcaen. Not creatures of words or prophecy but rather of action and violence, primal archons leap into the fray as soon as they manifest on Caen.

Key Features:
_x000D_ The Primal Archon brings a rock-solid defensive piece to your forces by punishing your opponent for straying too close. One of the most resilient of the Archons, the Primal is extremely hardy and durable but still threatening in combat, thanks to its Countercharge, which forces your foe to consider their next move lest they be knocked down by its powerful Horn. The Primal Archon should serve as a centerpiece to your army, securing both the souls of your models and preventing enemy Infernals from being summoned nearby.