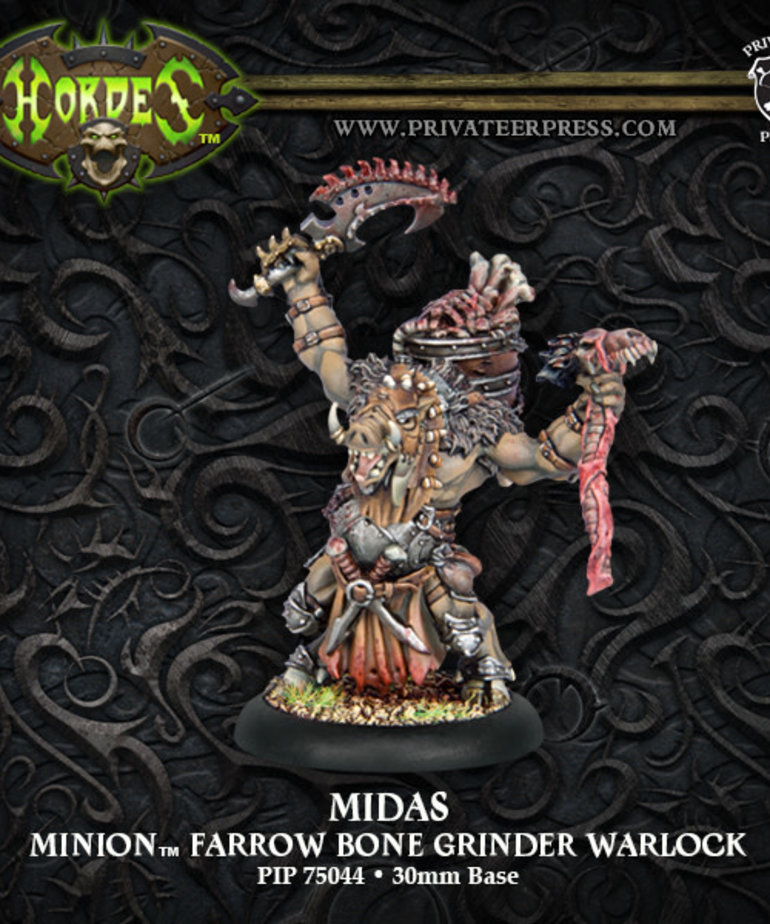 Greed, ferocity, and cunning are virtues esteemed by farrow, and Midas lacks for none of these. A potent bone grinder, he is empowered by lives stolen and feasted upon. The energies released in death are weapons and tools for Midas, who consumes his foes to gain their powers and knowledge. At his command, the bones of fallen beasts become animate and dead flesh rises to fight again.