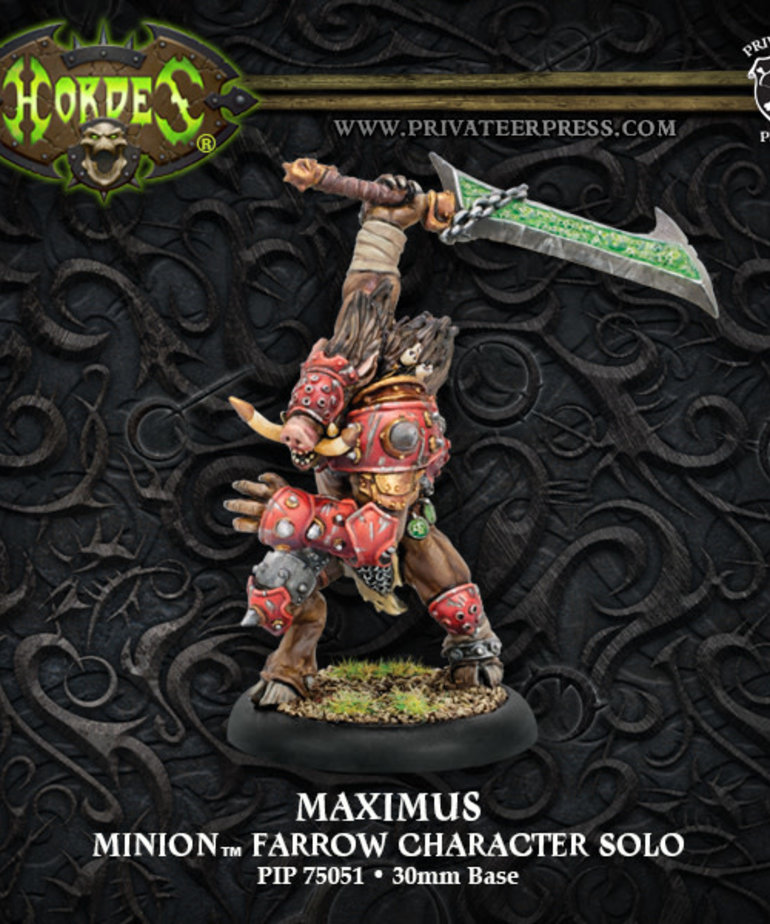 Maximus' legend as a warlord was already on the rise when he and his warband came upon a group of Greylords and their doom reaver slaves. Though his warband was slain, Maximus fought on. When his weapon splintered, he snatched up a fellblade from one of the fallen. The magic of the Orgoth weapon took hold, heightening his rage and giving him the maddened resolve to hack down his remaining foes in seconds. Maximus is now consumed by hatred and driven to slaughter. He occupies a place somewhere between awe and terror among his own kind, a gore-splattered hero whose legend grows with each gruesome kill.