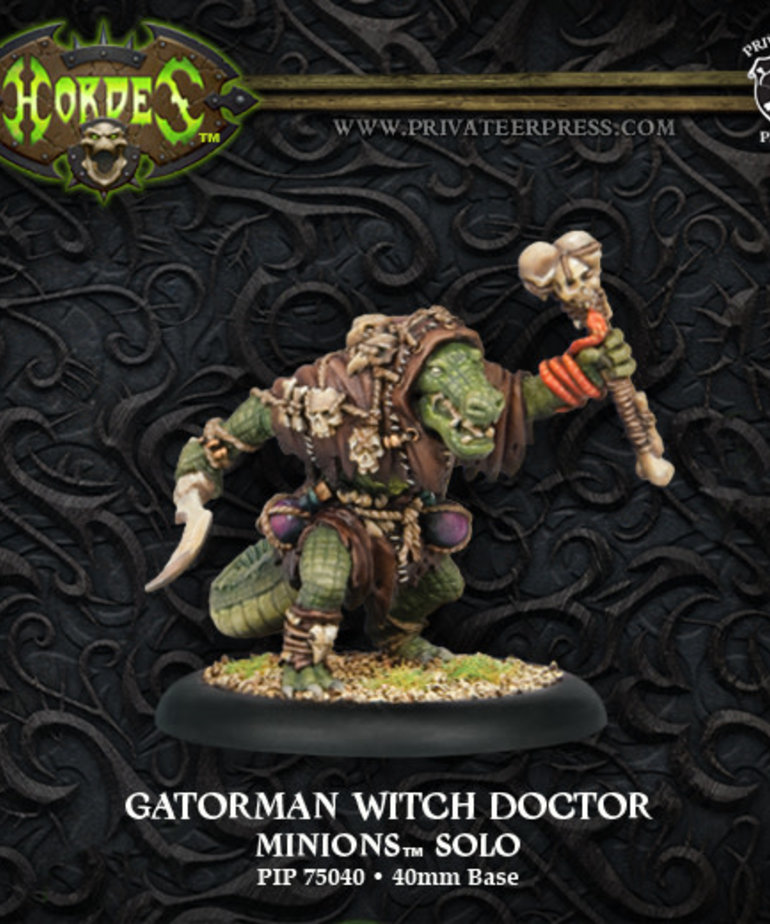 Each witch doctor is a powerful mystic who lives and breathes the foul necromantic arts that are his birthright. Life and death are two edges of the same bloody knife to the witch doctor, who often sees his allies as nothing more than tools of battle to be moved between those two states as required. Amid the morass of combat he gathers the vile totems required to power his spells, tearing the fleshy trophies from the carcasses of vanquished foes. Raising his sacral blade aloft, the witch doctor utters sibilant incantations that impel the huge beasts he control in a wave of scaled death.