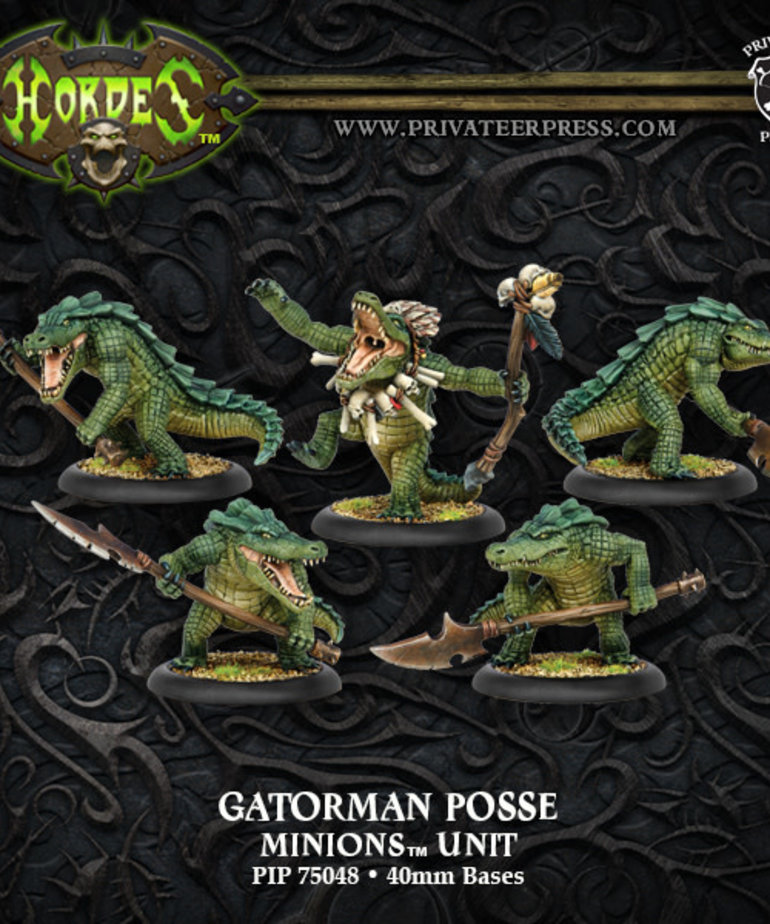 Among the most formidable warriors of all the savage races, gatormen augment their natural battle prowess with brutal strength and oversized weapons. The barest scent of blood drives them into a killing frenzy, and a single gatorman can slay several men in a few gore-splattered seconds. Gatormen have no qualms about fighting for any master as long as they are provided with steel weapons and ample food. SPECIAL NOTE: PIP 75048 contains the same Mk II stat card as PIP 75041. The models in this box represent the same figures in the game. PIP 75048 is a new sculpt and therefore looks different than the replaced PIP. In addition, these models are plastic rather than metal. The replaced PIP will no longer be available from Privateer Press beginning August 1, 2014.