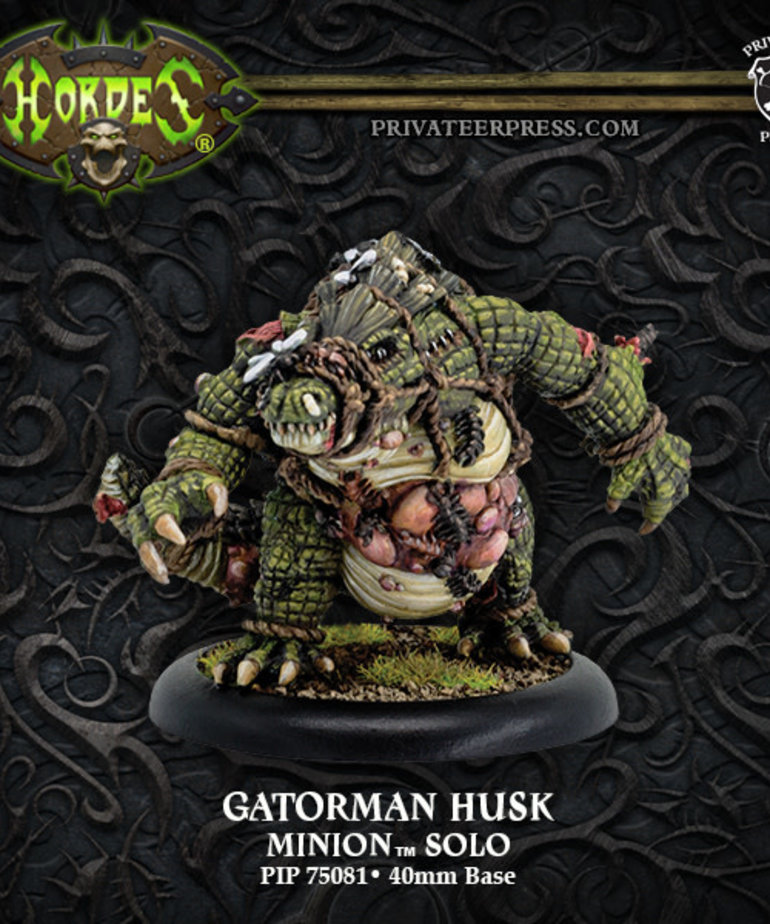 The disgusting and bloated bodies of gatorman husks are stuffed near to bursting with all manner of venomous insects, and each new generation adds to the swarm wriggling within to distend the body ever further. Bokors direct these undead carriers at their enemies, hoping that a bullet or blade will puncture the huskâ€™s swollen flesh. Even a small rupture causes the husk to burst into a grotesque, stinging cloud of swamp flies and worse that sows panic and disease among the enemyâ€™s ranks.