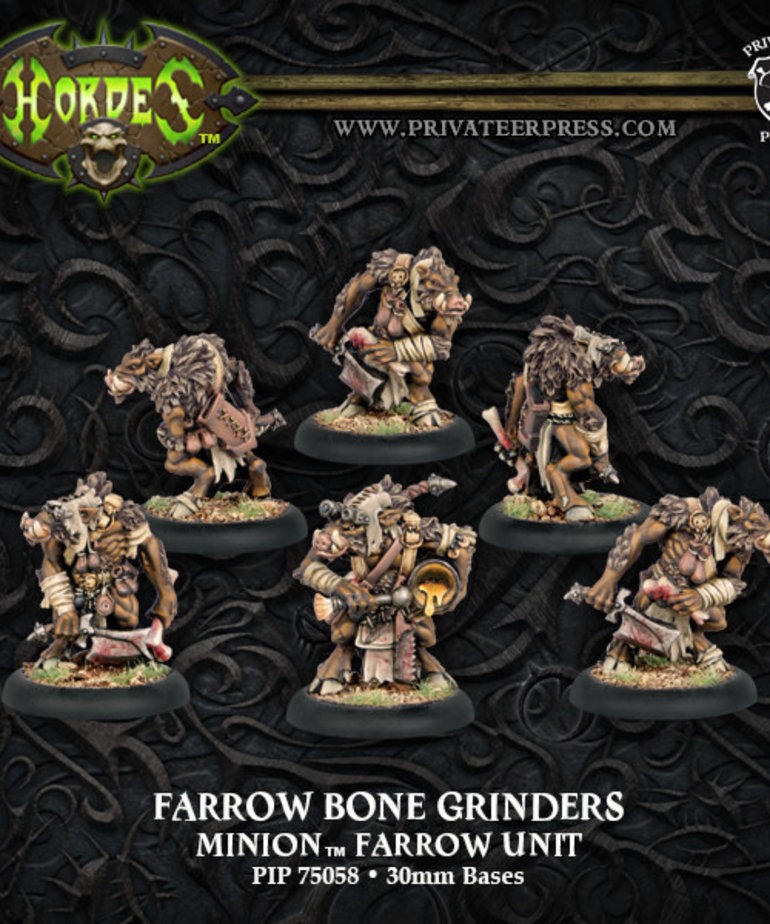 Well versed in the mystic arts of butchery, farrow bone grinders seek out choice organs and marrow-filled bones from slain warbeasts in order to harness the mystical power lingering within. These parts are combined with blood, bile, and lymph to create powders, unguents, and talismans able to empower farrow warlocks toward victory on the battlefield. SPECIAL NOTE: PIP 75058 contains the same Mk II stat card as PIP 75012. The models in this box represent the same figures in the game. PIP 71091 replaces PIP 75012 and PIP 75013 by offering their contents in a complete unit. The replaced PIPs will no longer be available from Privateer Press beginning January 1, 2015.