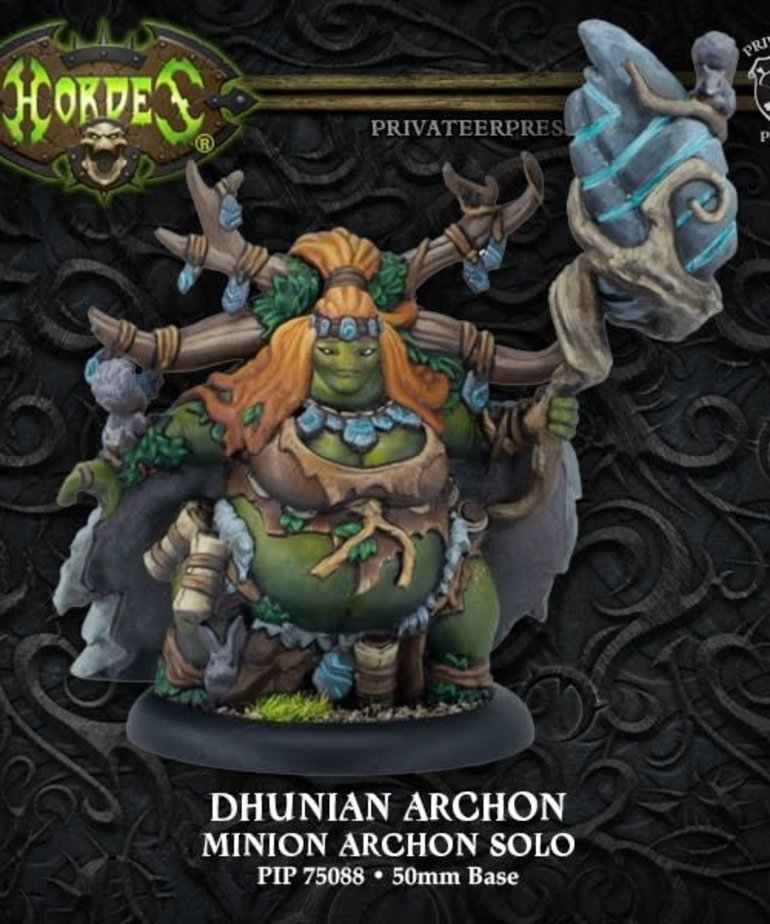 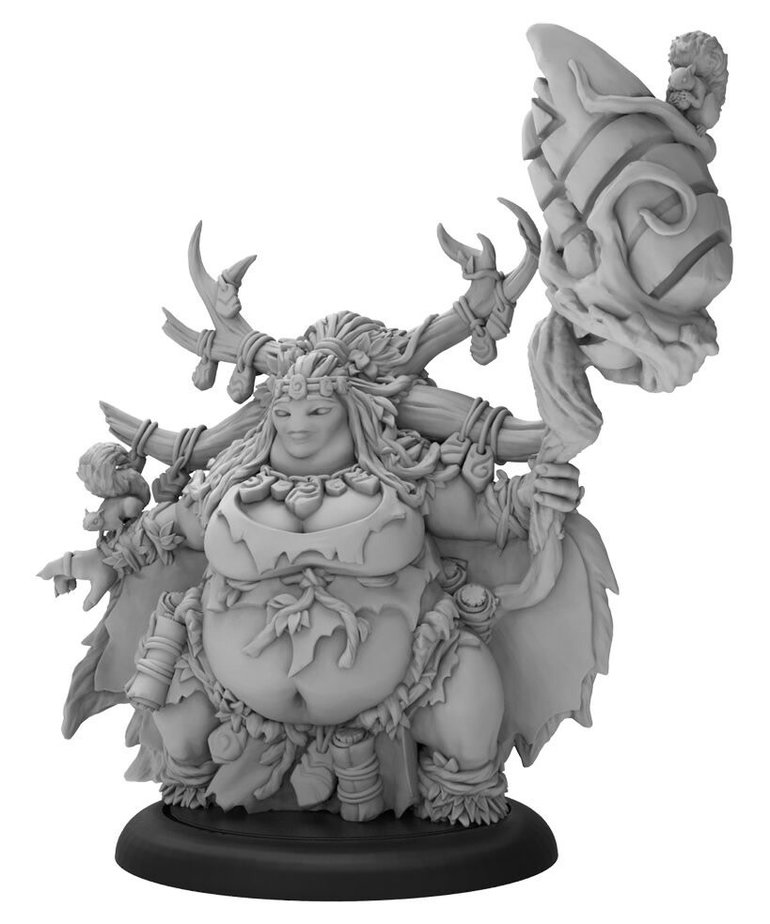 Dhunia is the goddess of life itself, of Caen, of the seasons, and of the cycle of birth, death, and rebirth. The boons Dhunia has bestowed upon her chosen peoples are many, but she rarely interacts directly with mortals. That her archons are now manifesting more often is confirmation of the dire peril facing Caen. They bring with them the god-motherâ€™s wrath. The manipulation and theft of souls is particularly loathed by these archons, and they ruthlessly punish those guilty of such actions, drawing on the power of nature itself.

_x000D_ - The Dhunian Archon brings a variety of useful support tools to your force. Shepherdâ€™s Call helps her manage your warbeastsâ€™ fury, providing a useful tool for battlegroup-focused lists. Motherâ€™s Embrace and Threads of Life provide healing for your troops and a once-per-turn effect that can cancel an enemyâ€™s attack. The Dhunian Archon will also help those players who are looking to make their army a bit more resilient and consistent._x000D_ _x000D_