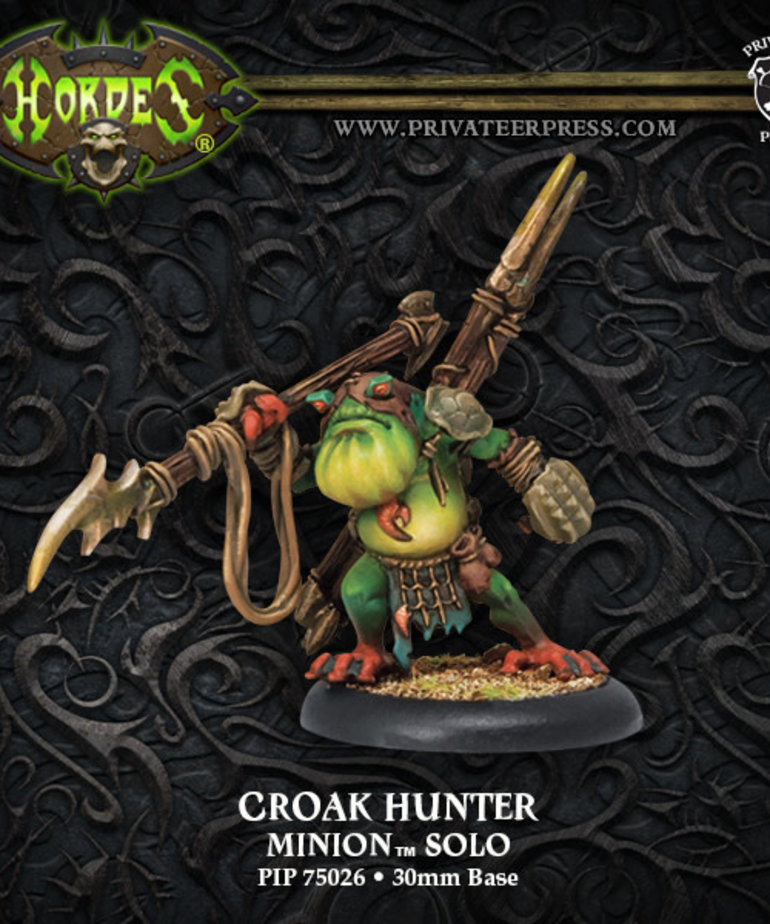 Some few anuras, a frog-like race commonly called "croaks" for their distinctive throaty calls, have made their way from the Shattered Spine Islands to chase both prey and adventure. The scouts and explorers known as hunters have developed a strong relationship with the gatormen of the Blindwater Congregation and will not hesitate to take up arms alongside these newfound allies. Croak hunters stalk their enemies from hidden positions before attacking them with spears dipped in deadly mixtures of natural poisons, including the toxins secreted by their own skin.