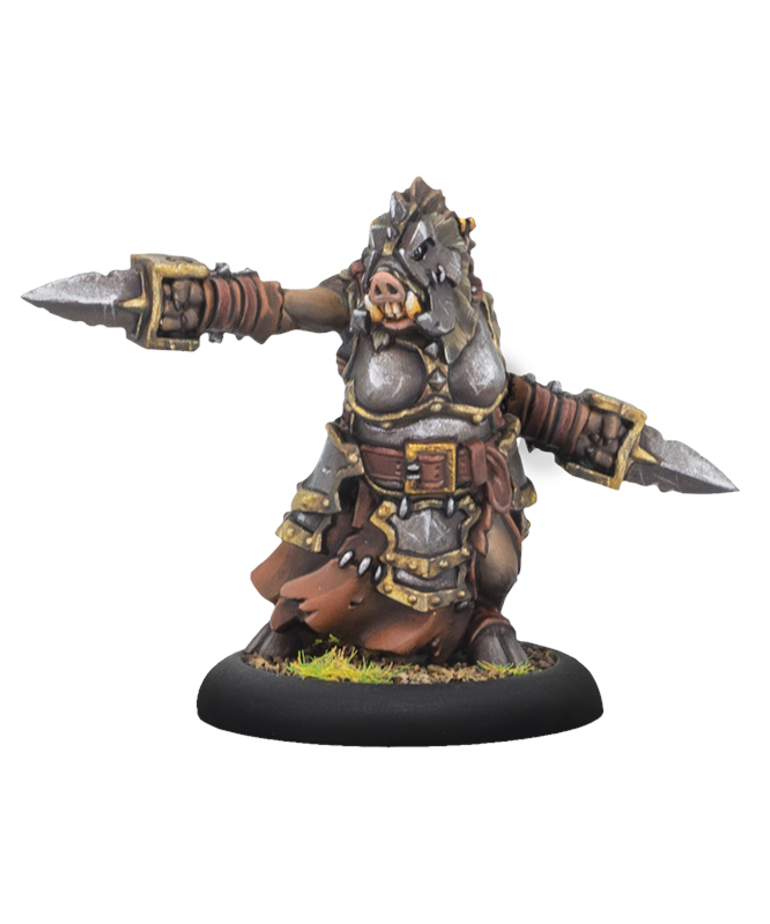 0 reviews
Add your review
- Originally released in the Company of Iron starter box, this model is now available separately!
- Agata specializes in close quarters combat, capable of dashing through enemy soldiers and taking them down.
2 In Stock
Add to wishlist / Add to compare / Print

The barbarian farrow Agata calls herself a queen, and her kingdom realm is one of slaughter and blood. Waging a never-ending campaign of vicious savage raids and seemingly random attacks across the Iron Kingdoms, Agata is a ferocious and unpredicatble opponent. Her qualities as a leader are similar, and they have earned her esteem among the most vicious sorts of farrow in western Immoren.