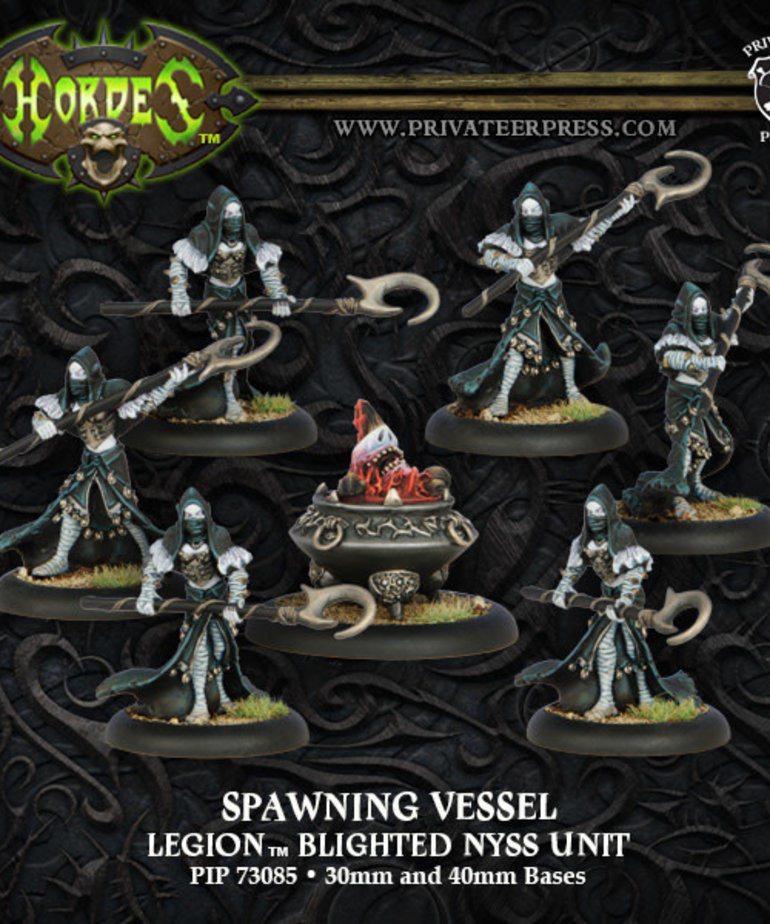 The cowled acolyths entrusted with spawning vessels prowl the battlefield behind the front ranks, gathering corpses and flinging them into the waiting cauldron. Bodies splash into the brackish fluids to become part of the charnel reduction that sucks additions into its depths. Once the churning contents of the foul vessel have simmered sufficiently, a spawn leaps out of the cauldron, newly created and ready to sate its ravenous hunger.

SPECIAL NOTE: PIP 73085 contains the same Mk II stat card as PIP 73016. The models in this box represent the same figures in the game. PIP 73085 replaces PIP 73016 and PIP 73017 by offering their contents in a complete unit. The replaced PIPs will no longer be available from Privateer Press beginning April 1, 2014.