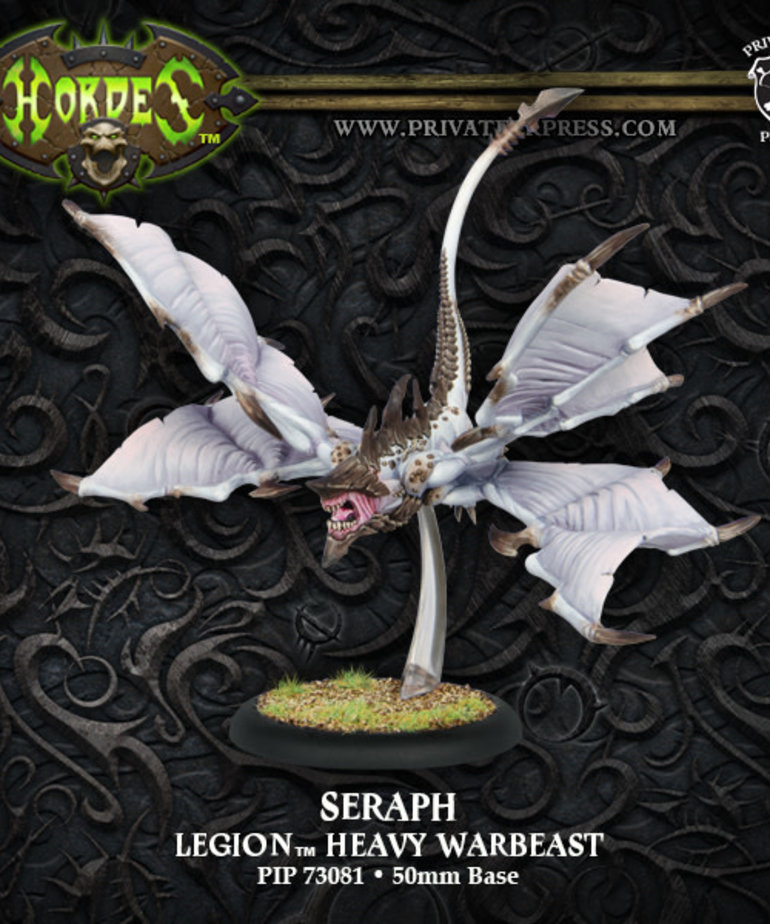 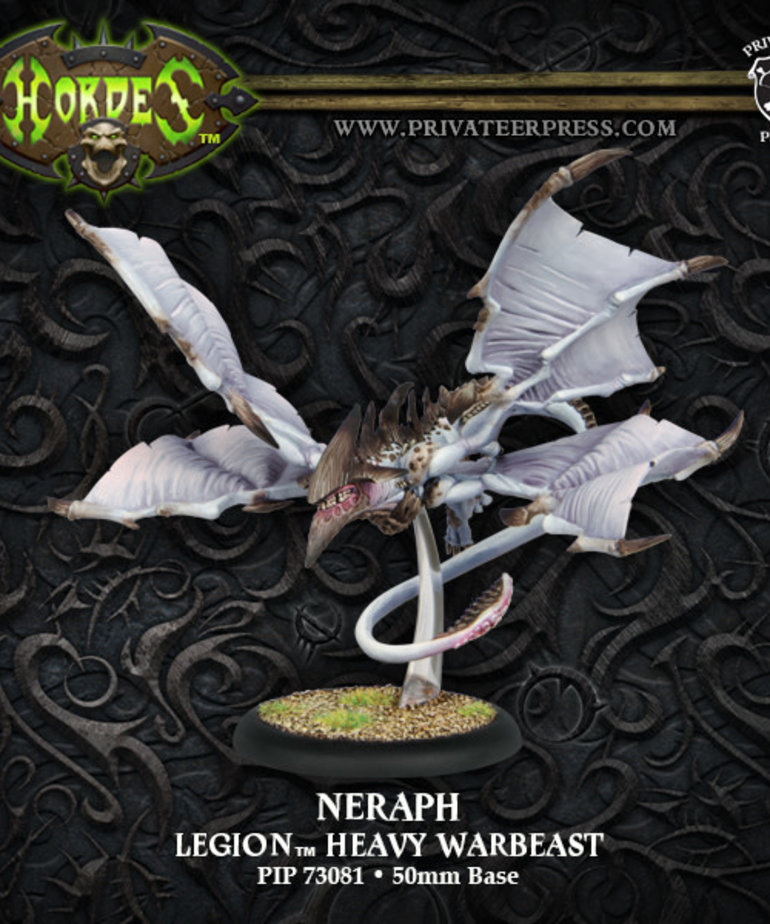 Considered Everblight's messengers of death, the seraphim and neraphim are winged spawn of sublime but horrific elegance. Seraphim possess deceptively slender frames that slice through the air on multiple powerful wings, their blighted energy leaving a distorted contrail in their wake. Other dragonspawn following in this slipstream are accelerated forward, while the seraph delivers incinerating blasts of blighted ash. Meanwhile the neraph closes to seize its prey in its prehensile tail before finishing it with a lethal strike. SPECIAL NOTE: PIP 73081 contains the same Mk II stat card as PIP 73007 as well as one completely new stat card for the Neraph. The model in this box represents the same figure as PIP 73007 in the game. However, the model in PIP 73081 is a new sculpt and therefore looks different from the model found in PIP 73007. In addition, this model is plastic rather than metal. The replaced model will no longer be available from Privateer Press beginning October 1, 2014.