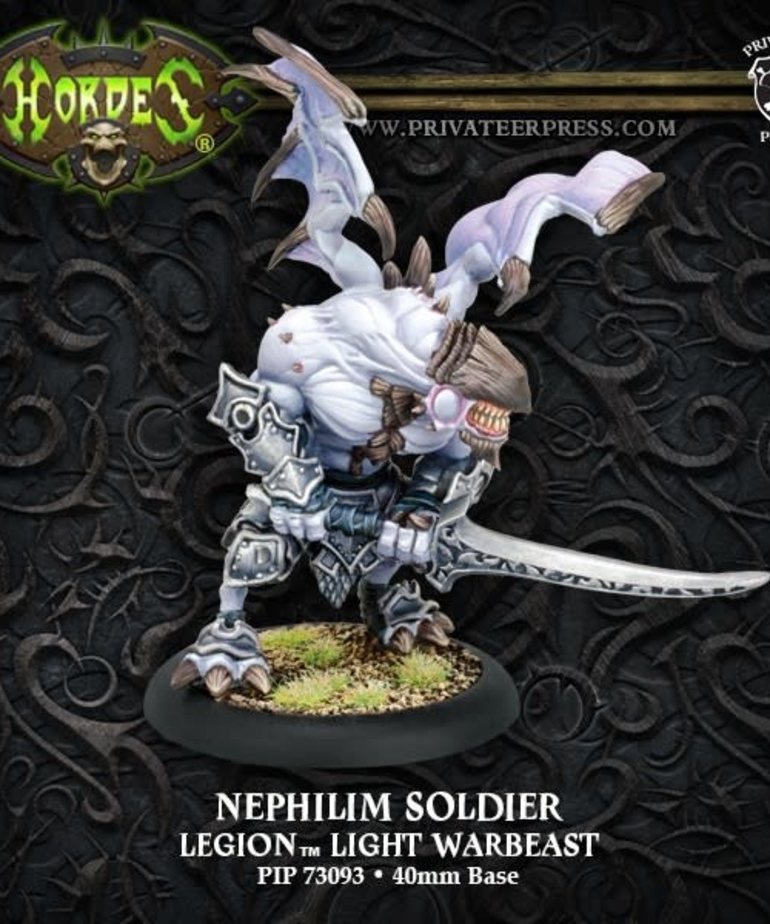 Everblight?s long study of the elves has borne horrific fruit in the nephilim. Everblight selects certain pregnant Nyss to receive a special draught of his warlocks' blood. This blighted essence transforms the life growing within them into dragonspawn. Terrible hybrids of elf and spawn, nephilim soldiers possess the bestial strength and powers of dragonspawn while also being able to wield weapons as skillfully as the Nyss themselves. SPECIAL NOTE: PIP 73093 contains the same Mk II stat card as PIP 73022. The model in this box represents the same figure as PIP 73022 in the game. However, the model in PIP 73093 is a new sculpt and therefore looks different from the model found in PIP 73022. In addition, this model is plastic rather than metal. The replaced model will no longer be available from Privateer Press beginning July 1, 2015.