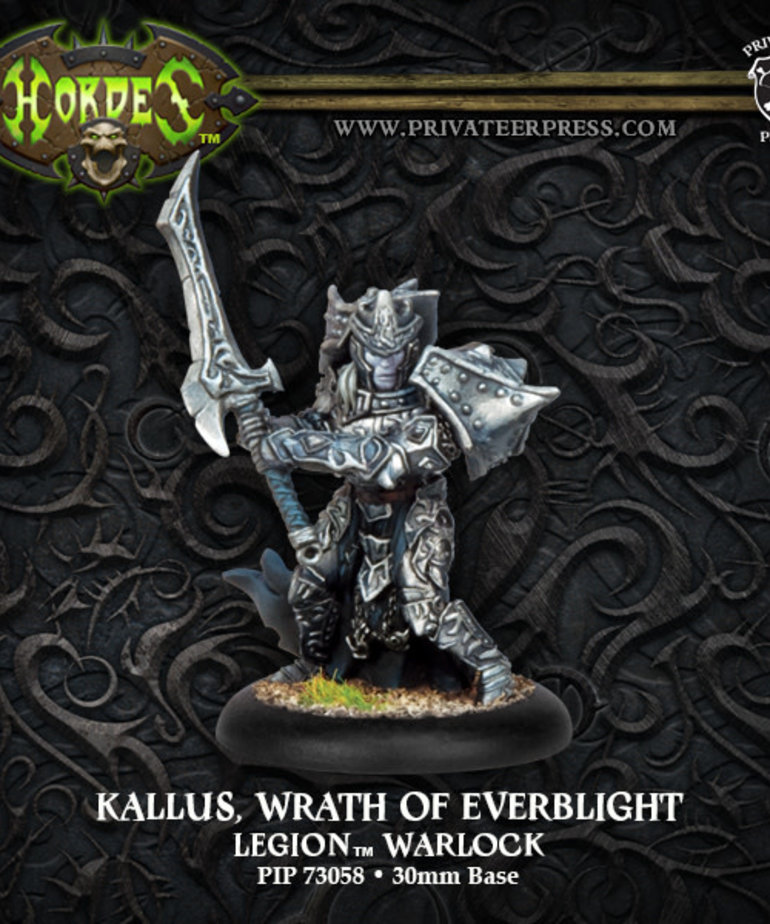 Created by Everblight through his chosen servant Thagrosh, Kallus is a simulacrum crafted to house a shard of the dragon?s athanc. His flawless form is matched only by his battle prowess. Kallus, Wrath of Everblight is a terror in combat whose fearless certainty of his own immortality lends him unflagging stamina and resolve that he imparts to the blighted Nyss he leads into battle.