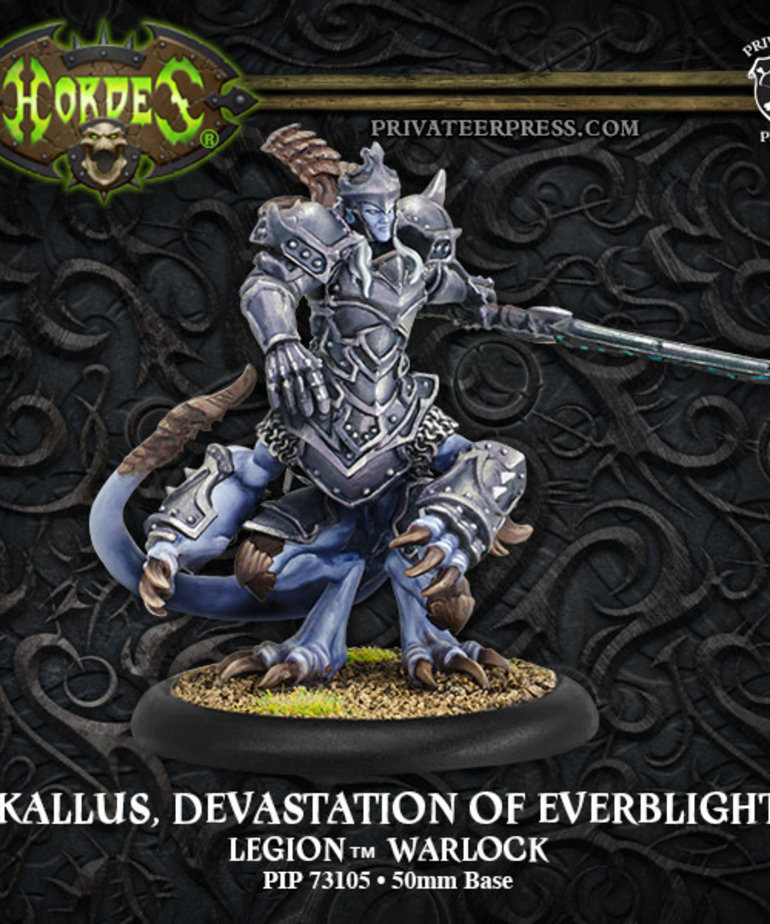 The pattern for Kallusâ€™ mind and body are indelibly imprinted upon his athanc shard, ensuring his restoration no matter what he undergoes. This was proven when Kallus endured the one act that could truly destroy him: being consumed by a dragon. What should have ended his existence instead made him evolve into something stronger. Kallus now butchers enemies with tooth and claw in a draconic form reminiscent of Everblightâ€™s own.