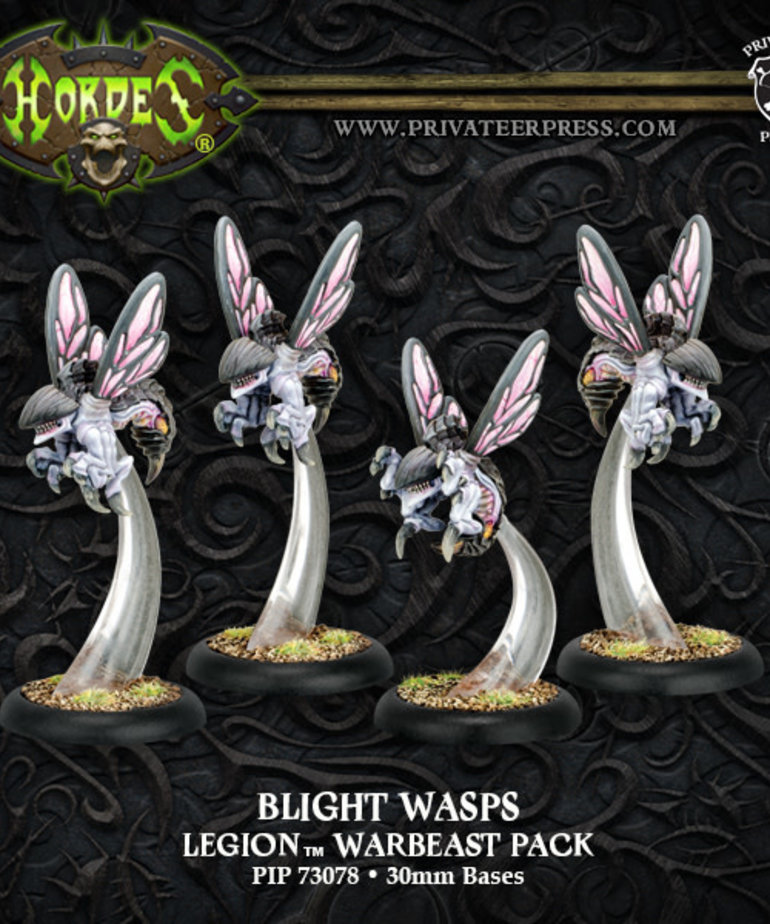 Moving as a single mass of beating wings, scything claws, and pulsing stingers, swarms of blight wasps sow panic and death across the battlefield as they inject enemies with the poison of dragon blight itself. A single dose of blight wasp toxin is enough to kill a man, but the creatures mindlessly sting over and over again as the hapless victim writhes in agony before finally succumbing to death.