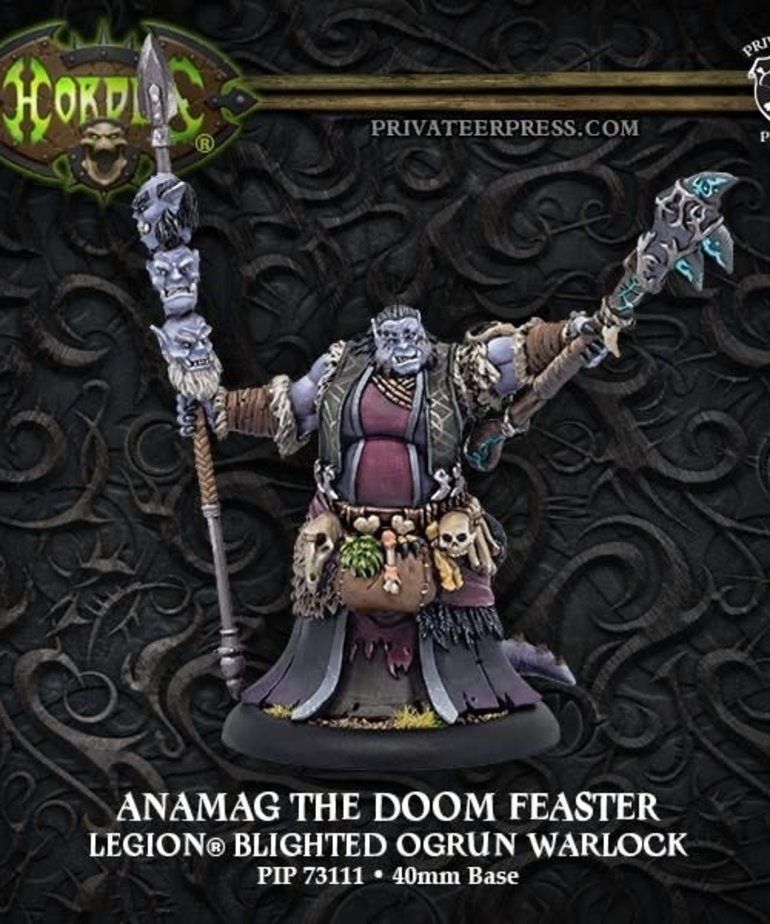 The bloated, putrescent warlock called the Doom Feaster is a scourge upon western Immoren. Once an elder of the Stonemark clan of ogrun in the Bitewind Peaks, Anamag changed with the coming of Thagrosh. When she was touched with blight, it filled her with insatiable hunger, making grotesque that which once drew her to Dhunia. Her sons and daughters became warmongers who slaughtered and died in Everblightâ€™s name. When Everblight saw fit to forge Anamag into a warlock, she became the Doom Feaster, and each body she devours magnifies her arcane prowess.