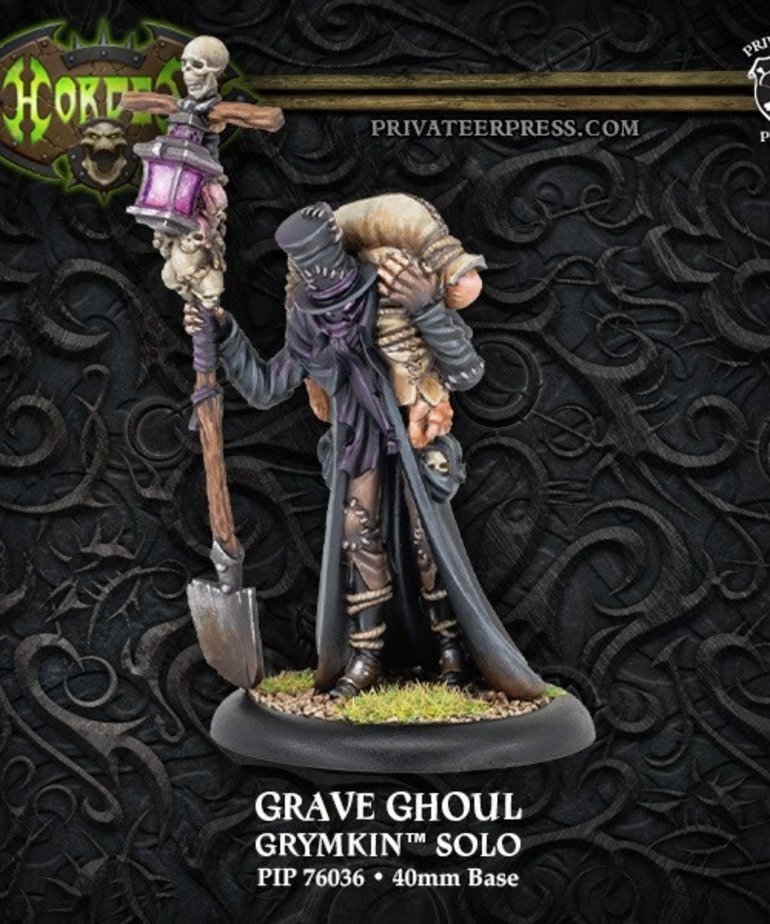 Grave ghouls have a morbidly playful attitude toward the dead, finding a fascination with corpses without truly understanding death. They are especially drawn to the fresh dead, and their actions resemble a shadow play of the undertakers from folktales. They enjoy using their shovels to unearth bodies to display them to their peers or partially burying other grymkin before they have actually expired. Whether seen driving Death Knell wagons or searching among old battlefields, grave ghouls are creepily terrifying and quite dangerous if confronted. They are particularly aggravated by undead, which they feel driven to return to a less animated existence.

TRADE POINTS: A potent support solo, the Grave Ghoul collects nearby corpses from fallen allies and then uses those to manipulate the winds of fate by allowing your models to re-roll critical die rolls or forcing your opponent to re-roll their successful ones. When he isnâ€™t busy collecting corpses, he can also bury friendly models with his shovel, providing them with cover against shooting attacks.