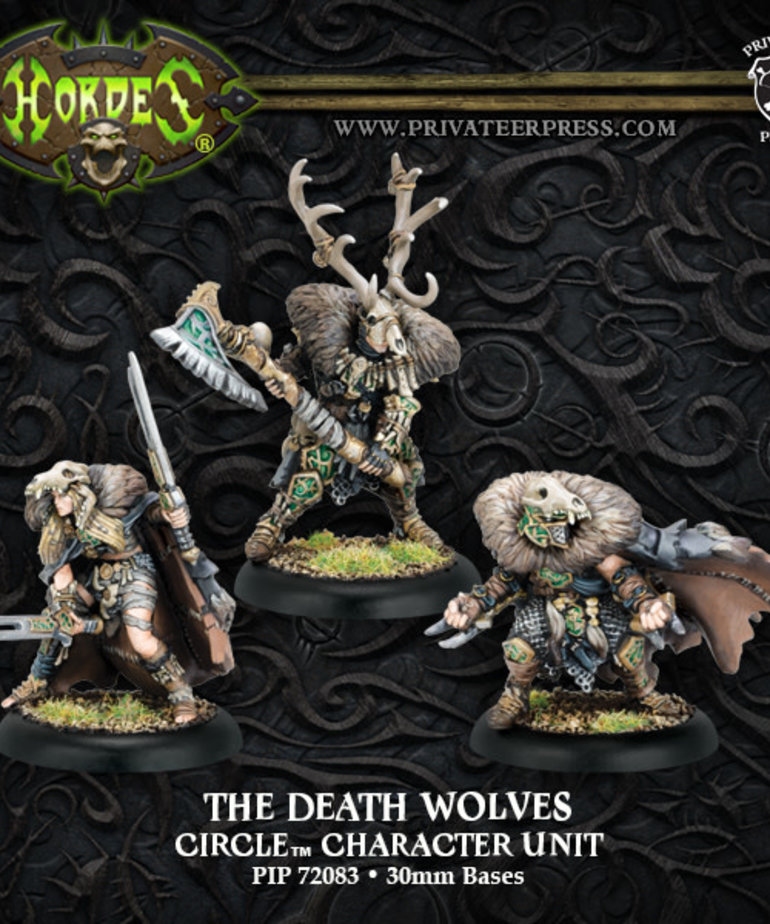 Savage people living in the wilderness have long served the blackclads as foot soldiers, trading fealty to powerful druids in exchange for protection from the wilds. While many have distinguished themselves as mighty warriors, chieftains, and even spiritual leaders, perhaps none boast the renown or the infamy that attend the three dread warriors known as the Death Wolves. SkÃ¶ll, Tala, and Caleb adhere to an ancient and barbaric form of Devourer worship. They are death cultists who venerate the Lord of the Feast, drawing power from their enemies by ripping out and devouring their still-beating hearts.