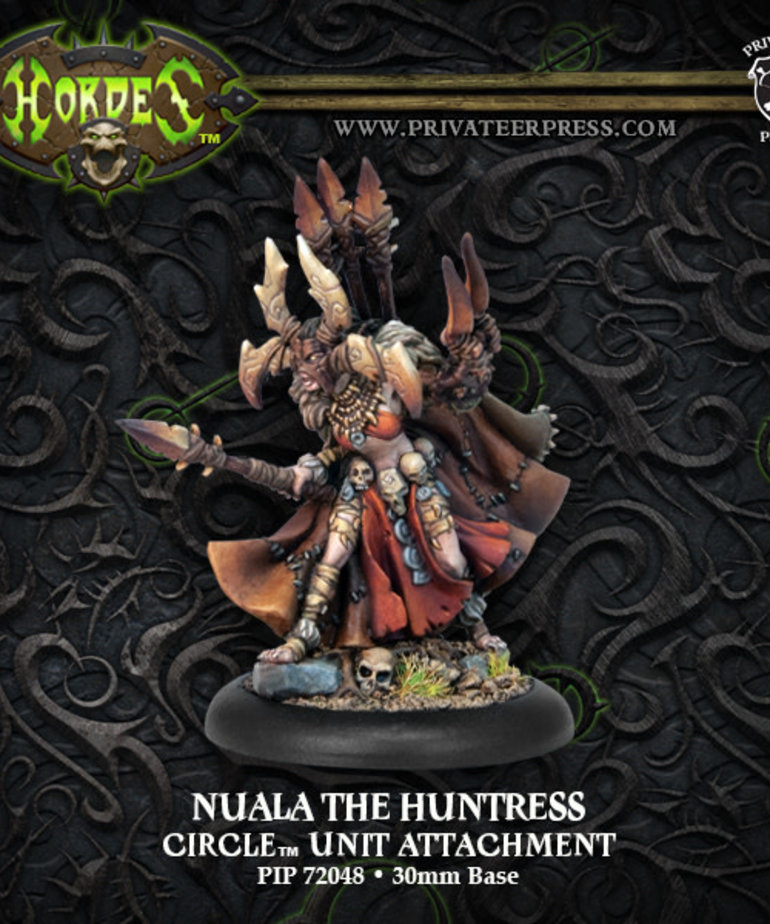 Tharn bloodtrackers are savage killers who become even more bloodthirsty and formidable when led into battle by their legendary hero, Nuala the Huntress. Pushed into a veritable frenzy under Nuala's command, each bloodtracker moves with increased speed and agility, gutting her prey with one hand while pitching sharpened javelins with the other.