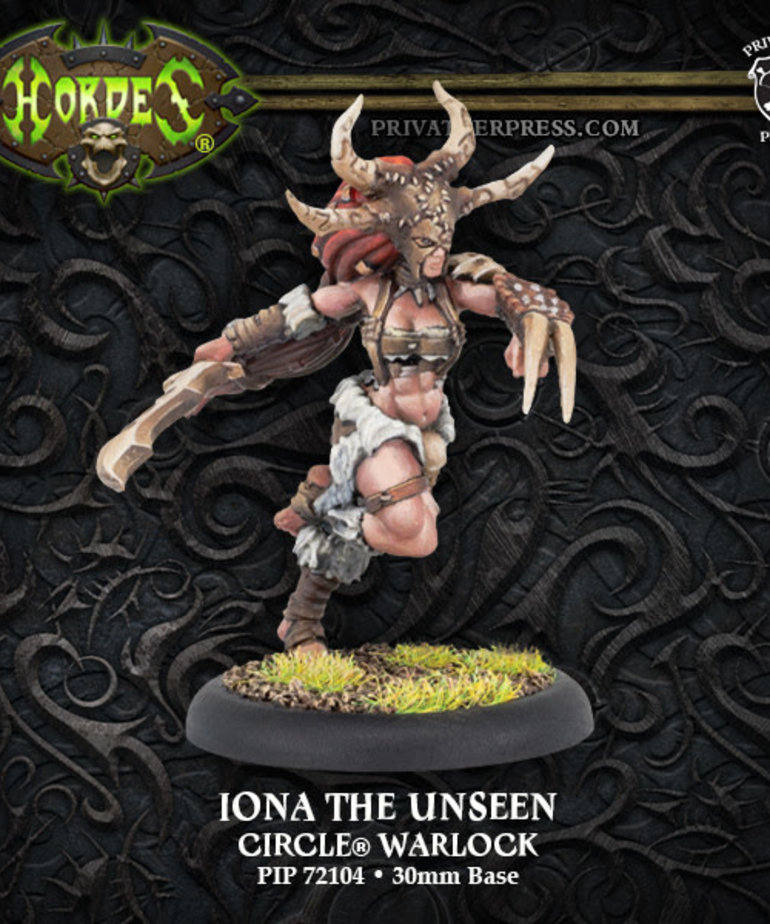 Though the Tharn possess their share of shamans, true warlocks are rare and revered, each a formidable leader, capable of unsurpassed feats on the battlefield. Iona the Unseen is among the rare few, a huntress whose fierce gaze can force obedience from both warbeast and subordinate Tharn alike. A fearless hunter, Iona draws on the predatory aspect of the Devourer Wurm, granting her forces speed and stealth as they surround her enemies like a pack of dusk wolves. She employs clever feints and decoys and relishes the sight of her enemiesâ€™ confusion as her pack slowly encircles them.

TRADE POINTS: Iona the Unseen is an aggressive warlock with good personal damage output and a variety of spells to support her army. She pushes her fellow Tharn to fight harder, making her a natural choice to lead an army of these savage barbarians into battle.