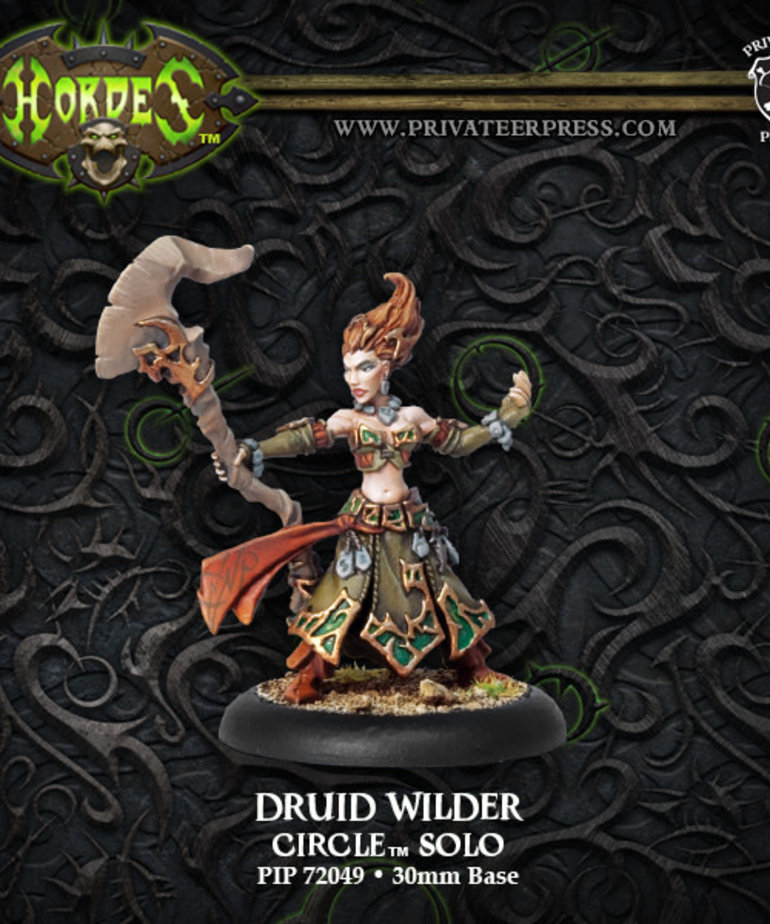 Deeply devoted to the beast path of druidic magic, druid wilders are a natural inclusion into any warlock's battlegroup. Their close affinity to these wild beasts allows them to evoke the latent powers of a warbeast's animus to lend strength to the pack. When not tapping into the innate arcane powers of the Circle's warbeasts, wilders assist in directing the actions of the pack or in calming a beast that is consumed with battle lust.