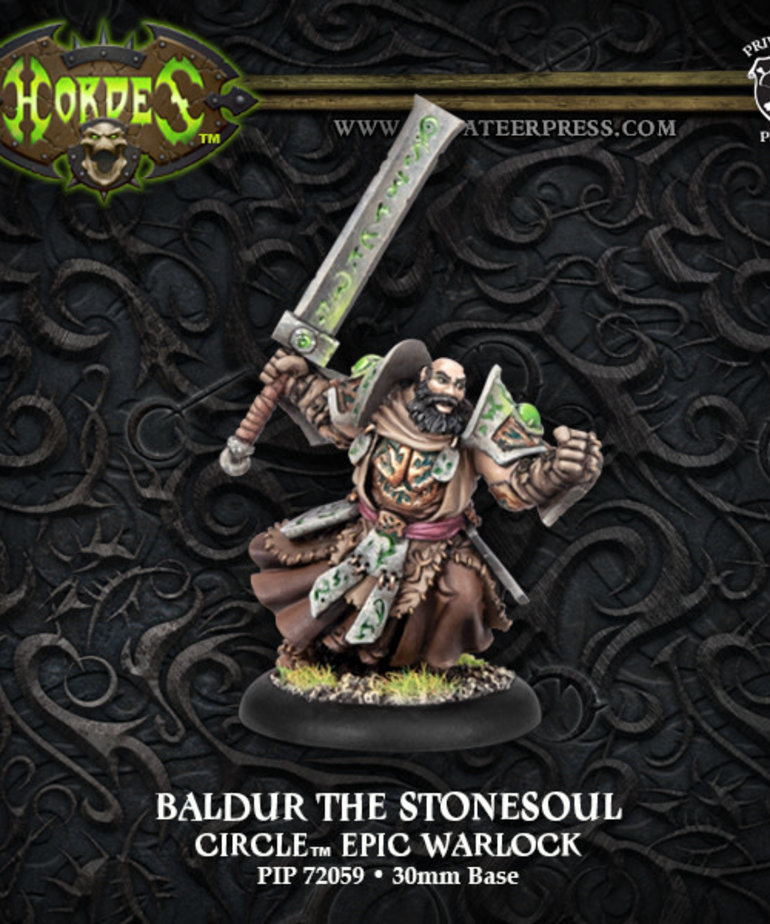 While the last tenuous thread of his life was held fast by Megalith, Baldur's spirit was subsumed within the entirety of Orboros, and the fundamental principles of the world were made clear to him. He has returned to serve as a conduit for a torrent of destructive power. In the midst of battle Baldur can tap into this endless flow to empower himself beyond his mortal limits, but the longer he fights, the more his body tears itself apart.