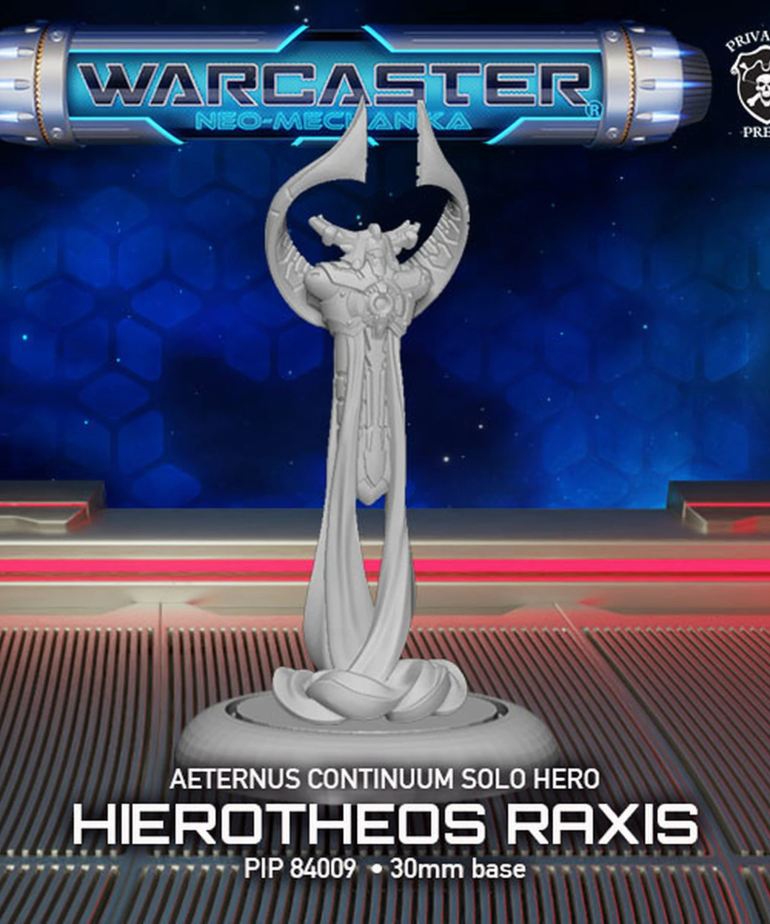 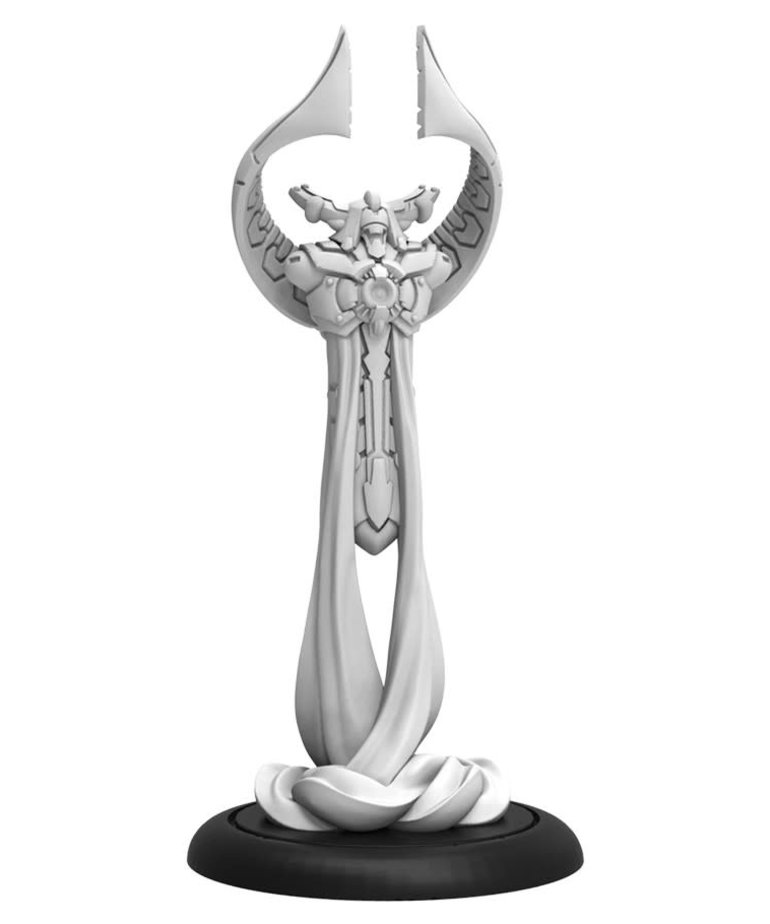 The discorporeal dead of the Consilio Mortuorum are generally considered to be the ascended masters of the Aeternus Continuum. While venerated and revered for their knowledge and contributions to the sect, these ancient shades are often relegated to the sepulchral halls beneath the Continuum’s temple complexes, contacted only when the Advocati require their counsel. Raxis, however, serves on as a hierotheos, a sacred messenger of the Aeternus Continuum. An agent and ranking envoy of the cult, Raxis moves between the great temples, coordinating divine works and spreading dark truths across the Thousand Worlds.

Hierotheos Raxis can channel Furies like a Weaver. Additionally, while he is in play, your Rack hand size is increased by one Cypher card. Raxis can spike to use his Thanotech Reclaimer special rule, which returns a Cypher card from your discard pile to your hand. Raxis possesses a Kinetic Field, which states that while he is charged, he and friendly models within 5˝ of him gain cover. Raxis’ floating sarcophagus is equipped with a Soul Grinder spray weapon.